How to Prevent Discrimination in The Workplace 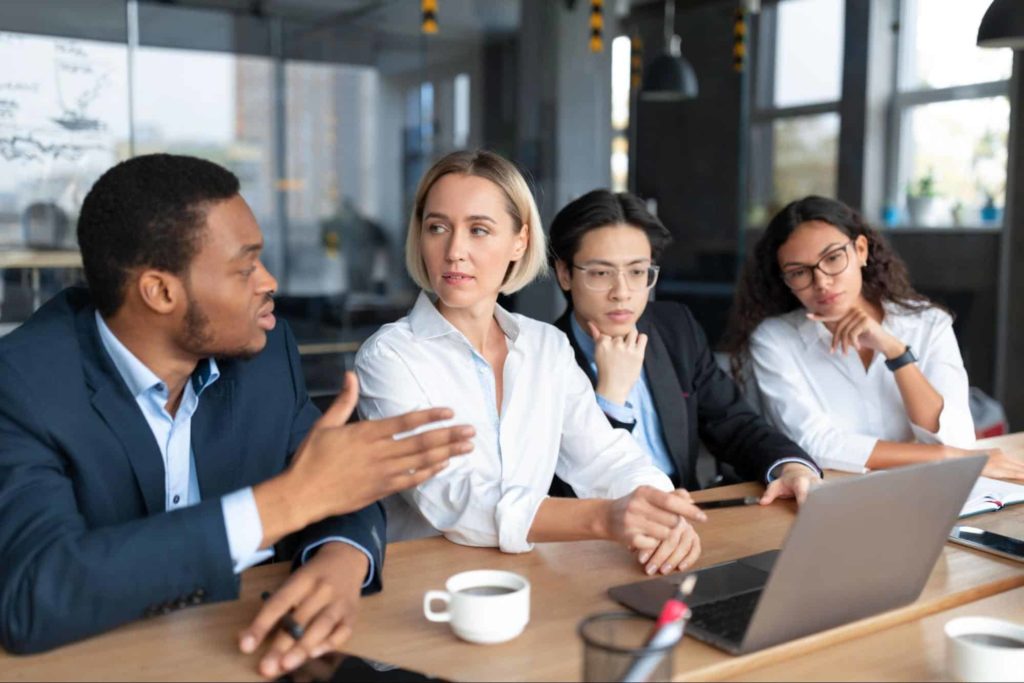 To make an employee feel genuinely safe in a workplace, it needs to free of hazards, danger, harassment, and, obviously, discrimination. Discrimination can make a person not only feel unwelcome but threatened and endangered as they can’t tell the full intentions of the one discriminating against them. In the past, as a form of verbal violence, discrimination has shown to be the first step towards physical cruelty and other forms of severe harassment and inappropriate behavior. Taking measures to reduce or eliminate discrimination is the same as taking steps to prevent future ill-suited conduct.

Investigating discrimination claims is one of the first and most essential steps towards discovering and resolving the issue. The company policy needs to have rules in place to regulate employees’ behavior. The employer should provide employee handbooks to explain best the rules and inner workings of proper workplace behavior. An anti-discrimination policy should be set to better the overall company culture while making the consequences of discriminatory practices clear and understandable.

Even with all of the discrimination prevention steps taken, some employees might not crave a discrimination-free workplace and, knowing the potential consequences, still proceed with abusive or discriminatory behavior. In that case, matching their activities, proportional consequences must take place.

Discrimination is not always direct and open; some forms show only through tradition, routine, and praxis. It’s not necessary for a person to feel they’re being discriminated against or for someone to be aware they’re discriminating against someone. As mentioned above, it can be quite subtle and routine, therefore almost invisible while active and hurtful.

Sex discrimination refers to discrimination based on the person’s sex. It can be seen less often in modern times thanks to many bills and acts put in place to prevent it. Although less seen, sex discrimination still very much exists and creates discourse in companies daily. A person’s position in society being determined by their sex was prevalent in human society for ages, and only now it’s starting to fade slowly. The effect of this age-long discrimination is ideals and thinking processes embedded into people’s minds which create a flaw in their thinking process, automatically dismissing certain statements or ideas from people based on their sex. It’s widespread to separate jobs and tasks based on sex. Still, it’s not always necessarily accurate or logical but just accommodated by past choices and historical norms, which have long changed.

Racial discrimination is another form of age-old behavior set in place by people long gone, whose ideals wouldn’t fit today’s society. Racial prejudices and favoritism have been an issue many employers and employees have been tackling for some time with evident results. Although, there is still a long way to go and discrimination based on race is still present in today’s society, showing itself in many workplaces through employees but also through employers and job positioning. While not necessarily obvious, the commonness of racial discrimination is plain to anyone who pays attention. Depending on how it’s presented, it can create a heavy feeling of uneasiness and a great lack of safety in the workplace.

Another common discrimination type is based around the choice of sexual partner or general behavior that is deemed to be different from the sexual norm. Often very hurtful, it can be subtle but usually isn’t; this kind of conduct creates a feeling of belittled self-worth and personal safety. While not necessarily subtle, this form of discrimination can be tough to spot. Therefore, it is relevant to look out for the little things and listen to employees’ requests and complaints.

To report on ill behavior, employees must feel safe regardless of the position the aggressor holds. That’s why retaliation is unlawful discrimination that is heavily observed. When an employee makes a complaint, and their company or employer later takes discriminatory actions towards them, they are crossing to retaliation territory. Usually, out of petty, they might try to get the person who reported wrong actions demoted or worse. Although that might be the case, there are stringent rulings to prevent this kind of behavior, and retaliation complaints are looked at very seriously.

There are two types of work language: appropriate and inappropriate. Appropriate language is one where the employees, employers, and other members of the workplace use it to communicate with each other. To carry over messages and work-related topics, to better understand their tasks, or to just chat. It’s easy to slip into an inappropriate language without proper employee training, but communication is vital.If it was a misunderstanding or a mistake, it should be brought up to human resources to be appropriately handled. Inappropriate language is the type of language which makes people feel uneasy, unsafe, or uncomfortable. This includes flirtatious tones in most situations and any aggressive conduct in all situations.

In a scenario in which an employee is being mistreated based on one or more of their traits, it’s not enough to just talk with them, but it’s essential to understand precisely what they are trying to say. Very often, they might be unable to communicate the issue directly and might try to nudge towards the problem subtly. As much as the situation hurts an employee, they might be scared of potential retaliation or worse future behavior from the offenders. That is why all employees must clearly understand the cause and effect of discrimination at the workplace and fully understand their legal rights.

There are different types of complaints an employer can receive from their workers. While every report brings out an issue to the table, not every report necessarily points towards it directly. Some show different workplace issues and reveal feuds and other harmful behavior that might have been missed before the report was made.

A safe environment for employees

Creating a discrimination-free environment for employees is key to a healthy, functional company. The proper handling of allegations of discrimination might be the first step towards employee and company well-being, but making it never happen again is a much firmer solution. A simple way to do that is through teamwork. Teaching the workers that they’re all a part of one group when in the workplace and nothing, including their sex, sexual orientation, race, national origin, or other, will ever change that.

Team building is not just relevant to decrease discrimination but to increase productivity. A functional workplace is much more effective than a disconnected one. These bridges birth faster communication between the employees and create better relations that give substantial improvement to the quality of work done. Team building is not done only through boring mandatory employee training but also through fun activities, some of which are competitive, such as bowling, kayaking, ball sports, karaoke, or any other form of friendly group pastime.

One relevant thing born of team building is an office network, the ability for the workplace to communicate through their channels, drastically increasing the speed and quality of work. These internal networks create much more than just fluent connections; they create a new understanding between employees, which improves their overall morale and office comfort.

Creating competition in the workplace might be just what it needs to gain that extra edge. Bragging rights can mean all the difference in a complex project on which multiple teams are working. Interoffice work competitions are sure to make the work faster and superior to previous assignments. They are also significantly reducing workplace discrimination.

Celebrating is a great way to boost morale, regardless of what the celebration is. After having fun together, employees are much less likely to discriminate against each other and are very likely to try harder at their tasks.

Creating these collaborative functions and making the employees see each other as competitors and teammates rather than just colleagues can make a considerable difference in workplace discrimination. In the end, it’s all about mindset and perspective; seeing someone’s abilities through other activities can create the actual image of someone’s ability replacing the discriminatory one seen by those with such attitudes. Removing the key factor from play, which is an unrealistic image of the person discriminated against, could be the best way to prevent future discrimination and discrimination based ill behavior to persist.

However, if you feel discriminated against and are not sure how to proceed, Cilenti & Cooper are at your service. With over a decade of experience under their belt, they helped numerous workers get what they deserve – whether it be proper compensation for the discrimination suffered or unlawfully unpaid wages.