What is Considered Overtime in NYC 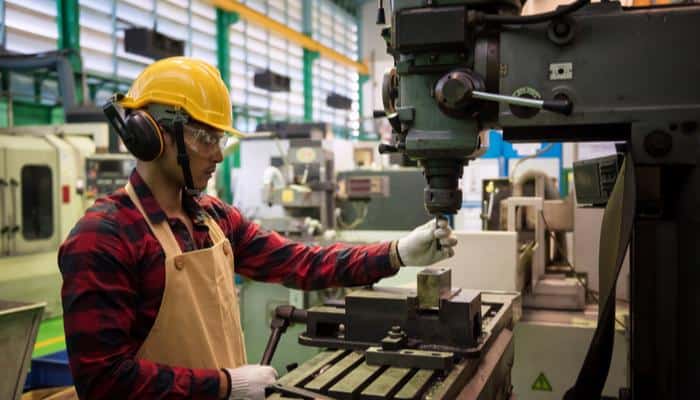 Plenty of employees in New York City work irregular hours. Their shifts aren’t consistent; they work a little less one day and a lot more the other. Even if you have regular hours, it can be challenging to tell your standard shift apart from the point you’re entering the overtime zone. To know whether you’re entitled to overtime pay, you first need to understand what is considered overtime work in NYC.

Overtime provisions are defined by a set of laws that fall in the category of labor laws. On a federal level, the US Department of Labor’s Fair Labor Standards Act (FLSA) sets strict overtime work regulations.

Taking cues from the federal labor law, each state and city has the option to extend additional protections to their workers (but not take away those described by the federal law). This is why employment laws in New York State are slightly different than those in other states.

The first thing to clear up when talking about the overtime law is that the FLSA recognizes two types of employees: those exempt from minimum wage and overtime pay and those who are not. Exempt employees are not eligible to receive overtime pay.

Employees exempt from overtime pay have a base salary of at least $684 per week and work a white-collar job. The FLSA defines five groups of exempt employees: administrative, executive, professional, computer, and outside sales employees. For an employee to qualify for an exemption, they need to perform the primary duties outlined in the FLSA. Job titles do not exclude an employee from overtime pay if they don’t perform the duties relevant to the overtime exemptions.

If you are working a blue-collar job or in any way don’t belong to the category of exempt employees, you are eligible for overtime pay.

Under the FLSA, there is no limit to the number of days in a week or hours in a day that an employer requires their employees to work (as long as the employees are older than 16). Suppose an employee is scheduled to work on Saturday, Sunday, a holiday, or a regular day of rest. In that case, it also does not require overtime compensation unless the employee has put in overtime hours on those days.

However, if you belong in the nonexempt group of employees, every hour you work over 40 in a workweek counts as an overtime hour.

A workweek, in this case, does not have to align with a calendar week. A workweek of an employee is classified as a period of 168 hours – seven consecutive 24-hour periods. Technically, it can begin on any day and any hour, depending on when you start work. Different types of employees can have different workweeks, but the same employee must have a fixed workweek (it cannot change from one week to the next).

The FLSA also states that any overtime wages you earn in a workweek should be paid on the regular day you usually receive your money for the previous pay period.

For the most part, the New York State Labor Law follows the same overtime regulations outlined in the FLSA. Most employees must receive overtime pay for all hours worked above 40 in a workweek.

New York Laws also include overtime hours for farmworkers who are entitled to overtime for all hours worked above 60 in a workweek.

The New York State Department of Labor enforces a law that protects nurses from working overtime. In this case, ‘overtime’ means over the number of scheduled and predetermined hours a nurse has agreed to work.

This regulation protects nurses who provide patient care and work for certain healthcare employers, whether they work full time, part-time, or any other way.

Suppose that your regular shift lasts 8 hours and one day you work for 10 hours. Are these 2 extra hours considered overtime? As long as you work 40 hours in total in that workweek, those 2 additional hours you worked in a day are not considered overtime. In this case, New York is different from some other states that have an overtime rule with a daily overtime limit.

Employers who average their employees’ work hours over two or more workweeks are violating the federal and New York State Labor Laws.

For example, an employee works 50 hours in one workweek. They then work 30 hours next workweek. Their employer averages this out over those two workweeks: 50 + 30 = 80, 80 / 2 = 40, and concludes that the employee worked 40 hours each week and therefore isn’t entitled to overtime wages.

These types of calculations are against the law. The employer must pay for 10 overtime hours for the first workweek, regardless of how many hours the employee worked any other week.

The New York Overtime Law states that if an employee is not exempted from overtime pay, they cannot waive their right to overtime compensation.

Employers cannot draft contracts in which only 40 hours of work per week will be “counted” towards the employee’s earnings. Similarly, if an employer declares that no overtime is permitted or that employees won’t be paid unless overtime has been authorized beforehand, it doesn’t exempt the employer from paying overtime to those who worked more than 40 hours in a week.

Salaried employees who work more than 40 hours a week of “straight time” are also entitled to overtime provisions unless they belong in the group of exempt employees.

If an employee is hired to work 45 hours per week, they should be paid their regular rate for 40 hours and their overtime rate for the additional 5 hours. It doesn’t matter how many hours are in their contract – if it’s over 40, they’re entitled to overtime pay.

However, some blue-collar occupations fall under the One Day Rest In Seven regulation; they are required to take a rest period of at least 24 consecutive hours every calendar week.

If you work shifts longer than 8 hours in a day, that doesn’t count as overtime as long as you don’t go over the 40 hours a week limit. Similarly, working on holidays, the weekends, or at night also doesn’t require employers to pay for overtime (unless your individual or collective bargaining agreement explicitly calls for this).

The most common violations of labor standards include employers trying to get employees to waive their right to overtime hourly rates, averaging overtime hours over two or more workweeks, and not paying salaried employees for their overtime work.
The NY Labor Law requires every employer to fairly compensate their employees if they perform overtime work. Learn more about your rights to overtime wages by contacting Cilenti & Cooper.