What Qualifies as Workplace Discrimination 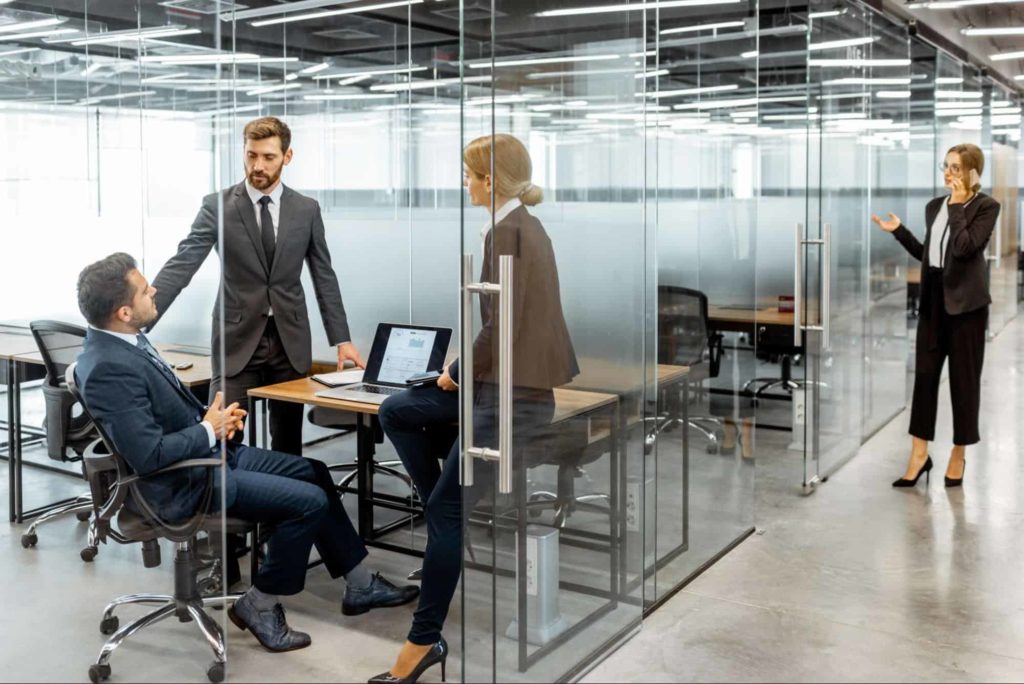 In summary, as its name implies, workplace discrimination would be described as a form of adverse action or treatment from the worker’s employer or co-workers. Workers can get discriminated against for many different reasons, such as their gender, race, age, religion, or sexual orientation, as well as many other categories. It actively restricts groups from certain opportunities that are not only related to a workplace or other privileges that are available to other groups. We will go over some types of discrimination in a workplace on a case-by-case basis, including the relevant information for protection against it. Additionally, we will cover the topic of job discrimination policy and explain what it entails.

This type of discrimination happens when a job applicant, or worker, becomes looked down up and receives unfair treatment based simply on where the individual is from. This can vary from their accent, surname, ethnicity, and simply looking like they’re of a different race, regardless of whether they are.

Many laws protect the workplace of an employee or job applicant, and they also protect individuals against national origin discrimination. The anti-discriminational law covers many other aspects of discrimination, such as ancestry or place of birth.

This type of discrimination is based on the gender or sex of an individual, It occurs when a person is treated worse than their co-workers due to their gender or biological sex. One of the better-known examples of this is when a woman is being paid lesser than a man, even though they have similar jobs.

This type of discrimination can affect everything from your health benefits, working environment, job status, and plenty of other workplace issues. However, laws regarding these issues are constantly and rapidly changing for the better in the United States.

Religious discrimination can affect people both in positive and negative ways. It is based on a person’s beliefs, spiritual, and religious practices. This applies to situations when an employee asks for a reasonable compromise for the said beliefs.

It’s illegal for an employer to debate if they should hire or keep an individual based on the person’s religious beliefs. This type of discrimination is unlawful in any workplace. Most of the time, religious discrimination charges are subject to the law if the employee’s working hours don’t meet the requests for the worker’s religious or spiritual practices. Aside from the better-known worldwide religions such as Christianity or Islam, more minor religions and sects are included in the mix.

Medical Condition Discrimination is illegal both under federal as well as state laws. These laws prevent co-workers and employers from discriminating against the employee based on their medical condition. This prohibits discrimination when hiring, firing, promoting, demoting, training, and handing out job assignments.

Federal laws tasked with protecting against this type of discrimination are the FMLA (Family and Medical Leave Act) and the ADA (Americans with Disabilities Act).

The FMLA laws apply to any medical condition. It requires employers to approve of an employee’s medical leave under specific circumstances. The ADA law prohibits employers from discriminating against employees based on their disability, both mental or physical, as these impairments significantly restrict significant life functions.

However, not all disabilities are related to medical conditions. There are many circumstances when ADA does apply to a medical condition. Moreover, when ADA isn’t able to help an individual out, the GINA (Genetic Information Nondiscrimination Act) laws will step in to help in its place.

Even though several federal laws prohibit race discrimination throughout the United States and the District of Columbia, it still prevails in both private and public companies. These jobs would include several positions, such as airline pilots, air traffic controllers, law enforcement officers, and firefighters.

Racial discrimination is when a person’s race and any other possible characteristics associated with a specific race are viewed as unfavorable by the person’s employer. These characteristics include skin color or even ones such as hair texture.

There are many types of disabilities in the world. However, the most common ones you might encounter would be vision impairment, mental health conditions, issues with hearing, disorders on the autism spectrum, and physical disability, as well as a few others such as intellectual disability and acquired brain injury.

It is unlawful to discriminate against a person based on their disabilities, and some examples of this discrimination would include avoiding hiring, firing, or promoting someone, regardless if they’re suited for the job or not. This includes training, paying, laying off, sending employees on leave, and any employment activities.

Disability-based discrimination also includes the refusal of employers to provide a reasonable accommodation for their employees with physical or mental disability, as this only makes the job more complex. This also involves maintaining said workplaces that include physical barriers for people with physical disabilities.

These discriminations can also happen if you are associated with a disabled person, whether they be family, friends, or co-workers. However, federal law protects these cases as well. However, to be covered by the law, the individual in question needs to be qualified to do the job they’re applying for and have a disability defined by the law.

Age discrimination is also known under the term Ageism, and it presents a problem in various industries and countries. However, no matter how common it is, it’s also illegal in many ways.

The ADEA law also applies to pensions standards and benefits provided by employers, which require specific information focusing on the needs of older workers.

The workplace discrimination statement and policy serve to ensure the rights of job applicants and prevent any form of harassment in the work environment. The persons responsible for handling discrimination in cases like these are the company’s human resources sector. Therefore, if you are being discriminated against, your best course of action is to submit a complaint about discrimination to HR.

The punishment will vary depending on how severe the discrimination you’ve experienced is. As an example of the severities, inadvertently offending someone will probably mainly cause a reprimand. On the other hand, avoiding promoting employees because of a protected characteristic will most likely result in termination.

If you have experienced discrimination and are unsure how to proceed, contact Cilenti & Cooper for a free consultation on how to proceed with your case.