Discrimination In The Workplace: What You Can Legally Do About It 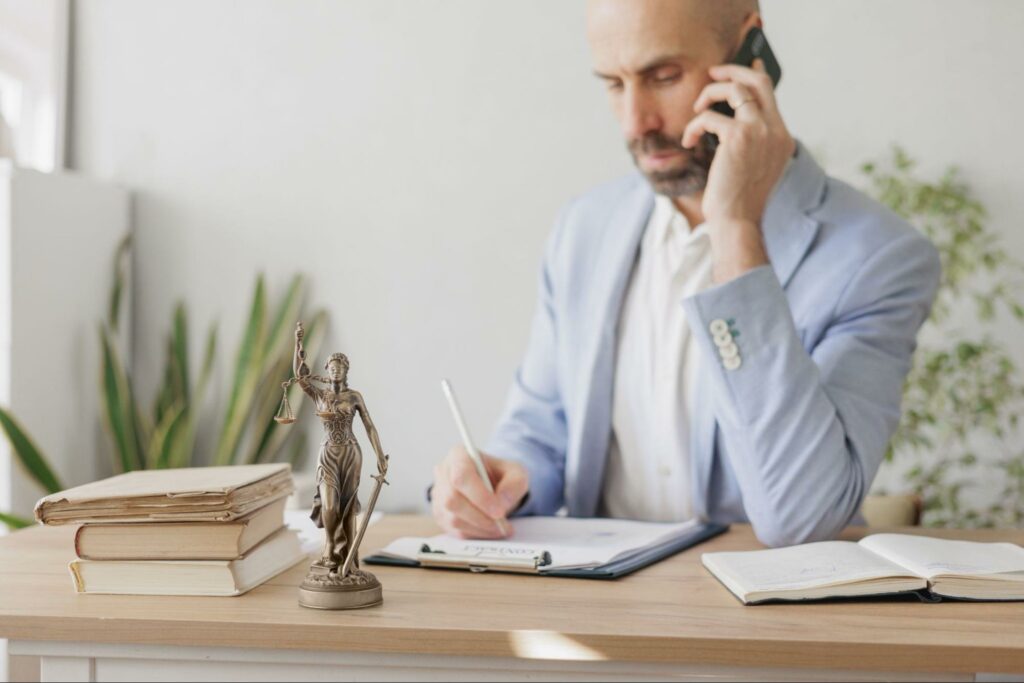 No one should feel unsafe or unwelcome in their workplace, no matter the reason, yet unlawful discrimination still happens regularly. The number of employment and workplace discrimination cases is on the rise, with the federal Equal Employment Opportunity Commission (EEOC) getting over 67,000 complaints in 2020 alone. When this number is combined with state and local complaints, the situation becomes quite alarming.

Discrimination in the workplace can take many forms, from harassment due to age, gender, and religion, to wrongful termination. Several federal, state, and local laws protect employees from being victimized by workplace discrimination, yet many suffer from it, not knowing what to do. However, employers are required to know what constitutes discrimination, not only because their employees deserve to be treated fairly and equally but also because they could be breaking the law if they don’t. If workplace discrimination is not properly handled, a company might lose a lot of money and tarnish its reputation.

So, if you’re an employer who wants to act responsibly when it comes to discrimination and harassment in your company, or you’re an employee who has been experiencing workplace discrimination, but you’re unsure what qualifies as such, this article can be of great help as it provides vital information of the matter.

What is a Workplace Discrimination?

To discriminate against someone means to treat them differently or less favorably for whatever reason. Discrimination can happen in any public place, including work. Workplace discrimination is a prejudicial treatment that may affect hiring, firing, salary, promotions, job assignments, benefits, training, and/or layoffs based on a person’s race, age, gender, religion, sexual orientation, national origins, or disabilities. Workplace discrimination can happen between colleagues, employers, and employees or with job applicants.

The seven most common forms of discrimination in the workplace are:

Racial discrimination happens when a person’s race or any other characteristics associated with their race is perceived as unfavorable by their employer. This is probably the most pervasive type of discrimination in America. In fact, it is so common that more than a third of claims to the EEOC every year are based on it. Nevertheless, treating an employee or a job candidate unfairly because of their race or color of their skin (color discrimination) is illegal.

Ageism, direct discrimination against people over 40 years old, is one of the fastest-growing types of discrimination in the workplace today. Every year, the EEOC receives more and more complaints as the baby boomer generation ages and faces financial insecurities in their retirement. Ageism displays itself in situations when older workers can’t find a job so easily when they have to apply for more jobs and are usually unemployed for longer than younger job-seekers. They often face workplace harassment from younger colleagues and bosses and are pressured to resign or retire. They can also be wrongfully terminated, as statistics show that more than 50% of employees lose their jobs before they are ready to retire.

This type of unlawful discrimination happens when an employee is treated differently because of their gender or biological sex, and the evidence shows that it’s prevalent in the workplace. Women predominantly suffer from this form of discrimination, as they face failure to hire or get a promotion, aren’t trained for leadership, get sidelined when they get pregnant or have kids, are paid less, etc.

Studies show that, unfortunately, this problem won’t disappear soon. One such study shows that women, especially women of color, were more likely to get fired during the pandemic. Others were pressured to step back from work to take care of their family members because they earn less than their partners, which is another discrimination problem on its own.

Disability-based discrimination has become one of the most frequent and notorious forms of discrimination claims submitted to the EEOC. In fact, in 2019, a third of all claims was disability discrimination allegations. Examples of such discrimination include avoiding hiring, firing, or promoting people with disabilities, regardless of whether they are suited for the job or not. It also includes the unwillingness of employers to provide reasonable accommodation for employees with physical or mental disabilities, as this only makes the job more difficult. However, to be protected by law in this matter, a prospective employee must be qualified to do the job they’re applying for and have a disability defined by law.

How to Recognize Workplace Discrimination?

Identifying discrimination in the workplace can sometimes be tricky, as it can often be a thing that you may feel before you can pinpoint it, and more time may pass before you’re able to properly document and prove it. Bad behavior in the workplace can often be written off as joking, harmless or unintended, and although in some cases it can be, more often than not, it isn’t.

Here are a couple of examples of workplace discrimination:

A lack of diversity in the workplace can often create a hostile environment and contribute to higher turnover. In other words, when people feel unwelcome in the workplace, they don’t tend to stick around.

2. Retaliation is a Common Thing in the Workplace

Companies that empower discriminatory behavior tend to intimidate those who report hostile behavior. If an employee is considering speaking up but is advised not to do so by supervisors or colleagues, that’s a clear sign that something is not right in the workplace.

It is the employer’s responsibility to make sure that their employees are not exposed to offensive or inappropriate language in the workplace. They must take active steps to ensure they’ve done everything to maintain an appropriate and positive working environment. Although what seems offensive language can often depend on the listener’s sensitivity, certain groups of words and phrases will always be offensive. If an employee experience this type of discrimination, they should report it.

While sometimes personal questions can be harmless, some employers may not be asking them with the best intentions. They may be looking for reasons not to give a job to a certain person, or they may try to use answers to discriminate against the employee.

The best way to promote equality and fairness in the workplace, and abide by the law, is to be proactive against workplace discrimination. This requires creating an environment of mutual respect where diversity is recognized while bullying or other bad behavior is not tolerated. Employees should feel safe raising concerns and confident that problems will be addressed effectively and with care.

There are four things that every employer can do to build a workplace culture that guards against discrimination:

Employers and managers should never shy away from dealing with concerns or complaints if they arise, as they can be resolved informally or through a well-established process.

Familiarizing with the relevant legal rights and anti-discrimination laws is a must for employers and employees. Some of these laws are:

3. Have Clear Company Policies and Procedures

To uphold the law and maintain high ethical standards, companies should create and implement anti-discriminatory policies, such as ‘equality, diversity, and inclusion,’ ‘non-discrimination,’ or ‘dignity at work policies. Employers should know these policies and understand the disciplinary actions followed when these policies are breached.

4. Empower Employees to Stand Up Against Discrimination

Employers should make it difficult for workplace discrimination to go unchallenged by empowering their employees to call it out when it happens, without fear of retaliation.

If they receive a discrimination complaint, employers should:

How to Report Discrimination in the Workplace?

Discrimination in the workplace can be reported either to your state department of labor or the US Equal Employment Opportunity Commission (EEOC). However, before you decide to file your discrimination complaint, make sure to do the following steps:

The first step in dealing with discrimination and harassment in the workplace is telling your employer what is happening. Too often, illegal acts of employment discrimination go unrecognized because the victim does not make it clear that specific conduct is offensive and unacceptable. Your workplace may have certain protocols for reporting discrimination incidents, and if they exist, you should follow them.

Make sure to demand that a written report is made any time a discriminatory incident happens to demonstrate that you expect your rights to be protected and to create a paper trail of your experiences and efforts to confront the problem. If your employer is the one who is discriminating against you, don’t hesitate to go above their head to make your complaint. If there is no supervisor you can go to, consider talking to an experienced employment lawyer. Although your employer must comply with the law, it is up to you to make sure your rights are protected.

If you don’t get any response from your employer, consider filing your discrimination claim to the federal Equal Employment Opportunity Commission. This agency is responsible with overseeing compliance for many federal anti-discriminatory and anti-harassment laws, or you can file a complaint with your state equal employment agency. This is probably the fastest way to get your company’s attention quickly.

A good thing to do is to keep a diary of any discrimination or harassment incidents. Record the date, time, location, involved parties, witnesses, and other details of the inappropriate conduct or speech. Additionally, keep any objects and pictures which may be posted or left for you or given to you that may prove that you’re being discriminated against in the workplace. All of this can be helpful in your claim.

Review state and federal laws to see what your rights are. These laws are available on the internet as well as at law libraries and some general libraries. Some of the most important federal anti-discrimination laws include:

Americans with Disabilities Act (ADA); and

Unlawful discrimination is bad enough in any setting, but it can be particularly difficult when it happens in the workplace since work is unavoidable. If you’ve been dealing with harassment and discrimination at work, it is in your best interest to seek advice from a professional employment lawyer who can explain your options and ease you through this process.

Although discrimination in the workplace has been illegal for nearly sixty years, it still happens. The only way to stop this from happening is to speak up, submit claims, and shine a light on companies with discriminatory practices. Unfortunately, some companies care only about the bottom line, and they will only stop discriminating when faced with lawsuits that are too costly to permit. So, if you think you are being discriminated against, make sure to submit a complaint about discrimination to your company’s HR department. However, if this doesn’t solve your issue and you are unsure how to proceed, an expert employment lawyer can help.

To find out whether you have a discrimination case worth pursuing, feel free to contact Cilenti & Cooper today. We treat every case with the attention and care it deserves and can fight for your civil rights from beginning to end. We offer a free consultation to all of our prospective clients, so you have nothing to lose.