How to File a Complaint If You Are Not Being Paid the Minimum Wage in NYC? 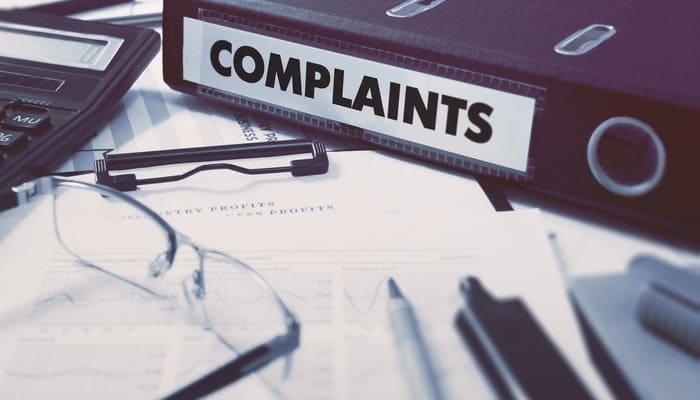 If your employer has failed to pay you your rightful minimum wage, the correct overtime rate, failed to give you meal breaks, etc., you may be able to file a complaint about unpaid wages against the employer. In doing so, you will not only be able to get what’s rightfully yours but also some additional monetary compensation in the form of liquidated damages.

The Fair Labor Standards Act (FLSA) is enforced by the Wage & Hour Division (WHD), part of the US Department of Labor. Investigators all across the United States enforce the WHD, gathering data on unpaid wages and hours and other similar employment conditions and practices. The aim is to determine whether employers are in compliance with the law. Whenever such wage violations are discovered, WHD investigators will recommend changes to employment practices to bring the employer back into compliance.

Below, we will be discussing some of the most common wage violations in New York and how to pursue wage and hour claims.

If you are not paid the minimum wage, you can collect any unpaid wages from your employer. To calculate the amount due, you simply take the difference between your paid hourly rate and New York’s minimum wage and multiply it by the total number of hours worked. Keep in mind that tipped employees have a different wage rate than other employees. The minimum wage for tipped workers is $10.00, which represents the maximum wage rate ($15.00), minus the $5.00 tip-credit.

Overtime pay is also covered by the federal law. NYS is consistent with this law in that employers need to pay their staff 1.5 times their regular rate for any hours worked over the 40-hour workweek. For live-in domestic workers, the workweek is defined as 44 hours, instead of just 40. Certain salaried employees, particularly those that fall within the so-called “white-collar” exemptions, are not entitled to overtime pay. That said, if you didn’t receive overtime pay, even if you were entitled to it, you can collect 50% of your regular rate per hour, for every hour you’ve worked over the regular 40-hour workweek.

While there are no federal laws regarding breaks, the state of New York does require its employers to provide meal breaks for their employees at certain times throughout the workday. Employees working more than six hours will have to receive a 30-minute lunch break anywhere in between 11:00 a.m. and 2:00 p.m. For long shifts that start before 11:00 a.m. and continue past 7:00 p.m., employees are granted an additional 20-minute meal period between 5:00 p.m. and 7:00 p.m. For any shifts longer than six hours that start between 1:00 p.m. and 6:00 a.m., employees will receive a 45-minute meal break. Factory workers, on the other hand, will receive a 60-minute meal break, instead of the 30 or 45-minute examples above.

These meal breaks can be unpaid, as long as the employee is fully relieved from their work duties during this time. So, if a staff member is required to do any work, even if it’s something as simple as waiting for a call, they need to be paid for this time. Under federal law, employees must also be paid for any rest breaks (bathroom break, coffee break, etc.) that last for 20 minutes or less. If an employee is required to do any kind of work during meal breaks or has short rest breaks, they need to be paid for this time. If this additional time also results in overtime, they must be compensated at their overtime rate.

Aside from the examples above, there are also several other cases when wage and hour violations can occur in New York. These include the following:

What are the Penalties for Wage and Hour Violations in New York?

Filing a Claim for Unpaid Wages in New York

Recovering unpaid minimum wage under the FLSA can be achieved in several ways. You can file a wage claim with the New York Department of Labor’s Labor Standards Division. In the majority of wage violation cases, employees must complete a Claim for Unpaid Wage (LS 22). However, if you are dealing with unpaid bonuses, earned sick leave, vacation pay, etc., you will need to fill out a Claim for Unpaid Wage Supplements (LS 425). The Department of Labor (DOL) will investigate your unpaid wage claim, hold a hearing, and assist you in recovering your owed earnings. The WHD may supervise the payment of any back wages. The Secretary of Labor may also bring a suit for back wages and the additional penalty of liquidated damages.

However, an employee can also file a private lawsuit against their employer. In doing so, it’s advisable that you hire an employment lawyer. Just make sure that the employment attorney you decide to hire will provide you with a free initial consultation. This is where you discuss your agreed-upon attorney’s fees, which should preferably be on a contingency fee basis. This means that, if they are unable to recover any unpaid wages on your behalf, you don’t have to pay them anything. Whatever the case, also make sure that the fee arrangement is set forth in writing.

Once this is settled, you can start working on your claim analysis. Aside from figuring out how your employer has violated state or federal laws, an employment attorney will also provide you with options for challenging the employer’s illegal conduct. While filing a claim with the DOL is free and seems like an advantage, there are downsides to it. For instance, you will no longer have the option of a lawsuit and will typically limit the amount in damages you will be able to recover. In New York State, it is preferable to file a lawsuit in a federal court, as opposed to the state court. There’s also the option to have your employment lawyer negotiate an informal settlement with your employer.

It’s important to remember that you have six years to collect any unpaid wages under state law and only two years under federal law. However, if the employer willfully violated the law, the threshold is three years instead of two. Nevertheless, it’s best to consult with an employment attorney and file your claim as soon as you realize you have a wage claim. It’s a violation of the law for an employer to fire or take any discriminatory measures against you while filing a lawsuit or complaint or participating in any other legal proceedings.

Cilenti & Cooper, PLLC provides strong, knowledgeable guidance and legal representation to workers in the New York Metropolitan area who are not being paid their legal wages or overtime compensation. If you have questions about whether your wages are being paid appropriately or about other wage-related legal topics, contact us or call (718) 841-7474.