How To Prove Age Discrimination in The Workplace 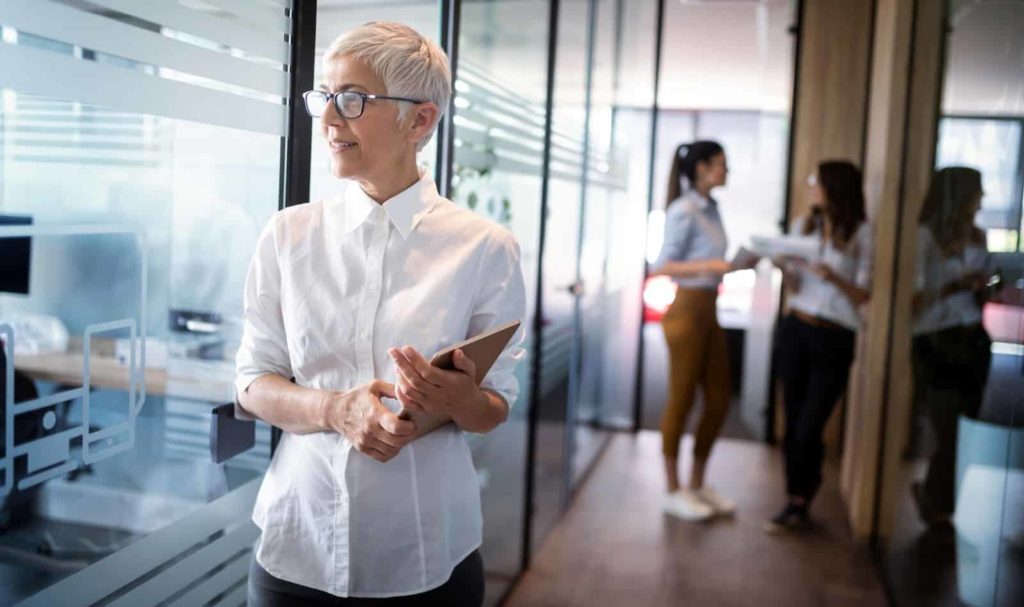 Age discrimination, also known as ageism, is a problem in many countries and industries. Even though it’s common, it is also illegal in a lot of ways. This is especially the case if age-based harassment is frequent, which can often lead to creating a hostile work environment and victims being fired, or at best, demoted. Therefore, the ADEA law – prohibits age discrimination against people who are 40 and above, applies to companies with at least 20 employees, employment agencies, and labor organizations with a minimum of 25 members, and local, federal, and state governments.

However, the military personnel, Independent contractors, and people under 40 don’t go under the ADEA protection laws. An employment policy applies to everyone and can be illegal if it has a negative impact on applicants or employees if it’s not based on a reasonable factor other than age (RFOA).

The law doesn’t allow harassment in any aspect of employment. This includes hiring, firing, job assignments, promotions, layoff, training, and any other types of terms of work. The harasser in question could be the victim’s supervisor, co-workers, clients, or a supervisor in a different area.

Research also shows that age discrimination takes a toll on the well-being of workers, their families, and the United States as a whole. Discrimination is decreasing any workplaces’ productivity, its morale, as well as limiting the pool of possible talented workers that could be hired. That, in turn, means that the businesses’ economic growth is also being limited. When individuals are unfairly denied their employment, excluded from training or promotional opportunities, as well as terminated for discriminatory reasons – the negative impacts from these actions also spill over to their family members, partners, and possible children.

Along with the U.S. workforce, the U.S. population is also aging – hence the importance of fighting ageism in the workplace. Over 50 years and more, the ADEA – Age Discrimination in Employment Act of 1967 – has been the primary method and way for workers across the nation to fight ageist treatment from discriminatory employers.

Signs That You’re A Victim Of Ageism

Older employees are offered buyouts or being fired more often, while younger workers are being hired in their place. This is where it’s evident that the company in question is actively trying to hire more youthful, less expensive, and less experienced workers. Moreover, these workers are all approximately in the same age group with similar mindsets and opinions.

The major red flag to look out for is being reassigned from your current duties to much more unpleasant ones. Such reassignment can be the clearest sign of them all and signals that your company is trying to either replace you or make you quit your job. The best way to avoid this is, of course, to constantly be growing and improving at your job.

Some other vital signs that allude to age discrimination are that you slowly start hearing odd comments about your age, as well as both your co-workers and your boss asking you when you will retire in a joking manner. When this starts happening, you need to prepare a response that will protect you and your job. You’ll need to be stern and clear that you have no intention of retiring anytime soon, and it would help to have a friend and co-worker with you. With the co-worker being by your side, you’ll have a witness if this issue evolves into a lawsuit.

Some other worrying signs could be that you stop getting raises. For instance, if you witness your younger co-worker, who either had average accomplishments during the year or the same amount of success as you did, getting a raise at the end of the year – unlike you. However, this doesn’t apply to you if you are already at the top of the wage scale.

The third sign you should look out for is your performance reviews going down. This tends to happen when companies acquire a new CEO or get a different higher-up who decides that it is time to eliminate the older workers and hire younger, less experienced people to cut costs. In these cases, you must start compiling evidence early on and seeking help from an employment lawyer as soon as possible.

The Legality Of Mandatory Retirement

As a victim of age discrimination, you may be forced to retire. However, it is essential to know that mandatory retirement is usually unlawful for the United States. However, this doesn’t apply to all industries and occupations, as specific industries are regulated by law and tend to be a part of the government. These types of industries include military services and federal police agencies.

The ADEA was made to protect workers who are 40 years or older from age discrimination. As mentioned previously, it is unlawful under the ADEA to discriminate against a person just because of their age. Therefore ADEA also prohibits employers from forcing retirement or discriminating based on age on an individual because they are 70 (or older).

What To Do If You Are A Victim Of Age Discrimination

It is often hard to find solid proof for cases related to age discrimination. The 2018 AARP study found that over 60% of adults that are 45 or older have experienced or seen age discrimination in their workplace firsthand.

Most of the discrimination and mistreatment goes under the radar and doesn’t get reported. However, even with most incidents being unreported, there are still over 15,000 workers who filed claims of their workplaces mistreating them based on their age, just with the Equal Employment Opportunity Commission in 2019 alone. Even when taking only these cases into account, ageism is shown to be one of the most reported forms of workplace discrimination, right after discrimination based on race and sex.

Aside from the aging workers being reluctant to report their employers, one other notable obstacle is that their cases rarely go to trial when deciding to take legal action. Along with that, even if they go on trial, it is twice as likely that their employers will win the case, given the difficulties victims face when trying to prove their claims.

To prove an age discrimination claim, ADEA requires the employee in question to show that they are older than 40 and that they suffered an adverse employment action. Moreover, they require proof that they were qualified for the job they applied for and met legitimate expectations on it, with their position remaining either open or being taken over by a younger individual after the actions in question.

However, keep in mind that cases where a 41-year-old claims discrimination over a 39-year-old would probably not prevail, and the case would not go through. On the other hand, ADEA allows a 65-year-old to claim discrimination against their employer if they’ve unlawfully discriminated against them in favor of a 50-year-old.

Analyzing case histories and interviewing workers about their experiences provides valuable insight into why they are being discriminated against. Additionally, since many employment decisions are made behind closed doors, it leaves workers wondering why they were, unprompted or even terminated, denied their job.

The tricky part, therefore, is identifying the cause of mistreatment. Once the employee identifies the problem, however, it often happens that the employer in question rarely owns up to their unjust actions once they’re accused. Employers would often frame their actions as the outcome of profitable decision-making or business restructuring. That is why being on your guard and keeping a close eye on your workplace, including your higher-ups’ and colleagues’ behavior, as well as having someone on your side, can prove to be crucial in the worst case.

An EEO complaint is an allegation – a claim of illegal discrimination happening in a workplace – and it is taken care of over an administrative procedure. The complaints are handled by the Equal Employment Opportunity Commission (EEOC). The EEOC is tasked with investigating discrimination complaints based on religion, race, national origin, color, age, sex, and disability.

Filing an EEOC complaint is a right of every employee and, if a company has over 14 employees, it is subject to the EEOC stepping in. Once the EEOC receives a complaint about anything discriminatory mentioned above, the employer causing these issues for the workers will most likely be affected by various legal issues for a very long time. During the next couple of months, official requests are made to acquire more information in the form of intrusive investigations and negative publicity, and hefty legal bills, and expensive damages.

If you suspect that you might be a victim of age discrimination at your workplace, do not hesitate and contact Cilenti & Cooper. You can count on them to be in your corner every step of the way, as one of their primary goals is to protect employees from unlawful discrimination.