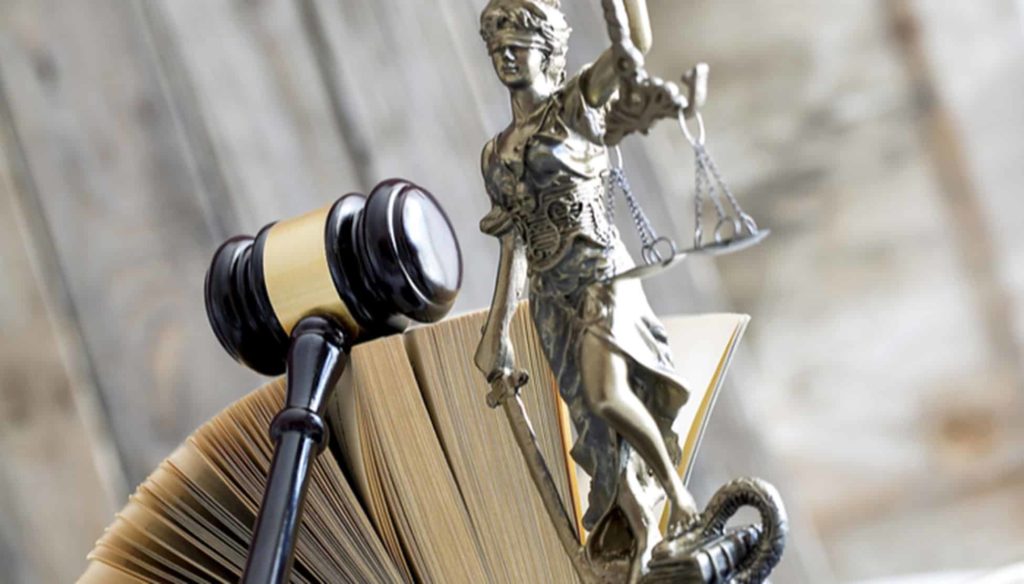 This ultimate guide to New York Labor Law will help you better understand your rights as a worker or employee. It will explore employer responsibilities and duties, as well as what you can do if you witness or experience a violation of this vital set of consolidated laws.

The National Labor Relations Act of 1935 declared that the fundamental purpose of any labor law in the United States is to balance the “inequality of bargaining power” between employers and their workers. This power can particularly be out of balance if the employer is a large organization or corporation.

Labor and employment laws are put in place to protect workers of any type in any industry. Under the jurisdiction of the US Department of Labor, everyone has the right to be adequately compensated for the work they perform in the United States. The Fair Labor Standards Act (FLSA) is a federal labor law out of which all the other state and city laws branch out.

New York state uses the FLSA as a starting point and offers some additional protections to specific groups of workers, as we will outline in this post.

Every employee in New York state has to be familiar with the following fundamental worker rights.

The New York City Labor Law states that any worker who has worked over 80 hours in a year has the right to up to 40 hours of safe and sick leave. This can be paid safe and paid sick leave if your employer has five or more workers. If they don’t, then you can still take your leave, but it can be unpaid.

In addition to that, since 2016, eligible employees in New York state can take advantage of paid time off under the Paid Family Time policy. This policy allows employees to take paid leave to care for newborn babies, newly adopted or fostered children, family members who are in a serious health condition, or to provide assistance to loved ones if a family member has been deployed on active military service.

The wages and hours section of the New York Labor Laws demands that every worker in NYS has the right to earn at least the minimum wage.

Since December 31st, 2019, the minimum wage in New York City is $15.00 per hour. Suffolk, Nassau, and Westchester county’s minimum wage is $13.00, while it is $11.80 in the rest of the state. Workers in fast-food establishments and those who earn tips have different minimum wages.

In New York, every single worker has to receive the appropriate payment of wages for every hour they worked, including overtime work. If they travel during the workday, they should also be compensated for that.

If an employee isn’t exempt from overtime pay as per the FLSA, they must be paid overtime wages for every hour worked over 40 in a workweek. New York City law states that the overtime rate is 1.5 times higher than the regular rate of pay.

NY Employment Laws also prohibit discrimination during pre-employment screening, when the terms and conditions of employment are discussed.

For example, to ensure equal pay among all workers doing similar work, Salary History Law went into effect in January 2020. This law prevents New York’s employers from inquiring applicants about their wage or salary history as a condition of employment. They are also prohibited from looking up this information elsewhere.

The Department of Labor has set up the Occupational Safety and Health Administration (OSHA) to protect workers from health and safety hazards in the workplace. Regardless of the type of work an employee is performing, they can be at risk of injury or developing a job-related illness.

It is the duty of the employer to inform and educate their employees on all the hazards of a particular workplace and how to avoid them. Health and safety training should also be regularly conducted.

If a worker suffers an injury while at work or develops an illness directly related to their job, they may be eligible for compensation.

New York Labor Law includes the One Day Rest in Seven Law, which says that an employer must provide all their employees with at least twenty-four consecutive hours (one day) of rest in a calendar week. This law applies to all employees in all industries.

In addition, if a worker is on duty for longer than six consecutive hours, they have the right to take meal breaks. These breaks can be unpaid, but they must last at least 30 uninterrupted minutes during which the worker isn’t performing any work duties at all (including something as simple as checking work email).

Paid care or domestic workers are employed in private households. Their role can be that of a nurse, babysitter, housekeeper, maid, gardener, chauffeur, laundry worker, cook, companion, butler, or similar.

Even though domestic workers aren’t working for an organization, they do have the right to overtime wages, one day rest in seven, and protection from racial and sexual harassment. They also have the right to three paid rest days each year and time off for safe and sick leave in addition to that.

The minimum wage for fast-food employees in New York City is the same as the general minimum wage, $15.00. In the rest of New York state, fast-food workers will have the right to a slightly higher minimum wage than the standard starting from December 31st, 2020 – $14.50.

A fast-food employee is defined as a person who regularly performs at least one of these duties in a fast-food restaurant: cleaning, cooking (food and drink preparation), security, customer service, delivery, stocking supplies or equipment, and routine maintenance.

Like all workers who earn tips, fast-food employees also have the right to keep all the tips they’ve earned during a shift.

In NYC, they have the right to a predictable schedule, meaning that the employer must announce in advance the estimates of the number of hours and starting work time for each employee.

The FLSA and the New York Labor and Employment Laws protect all employees regardless of their immigration status.

Immigrant workers are entitled to receive the minimum wage, have paid safe and sick leave, get overtime wages, operate in a discrimination-free environment, and be protected from workplace risks and hazards. They also have every right to file a complaint to the authorities if they suspect a labor law violation.

The New York State Labor Law is designed in such a way to prevent sweatshops from opening and operating. Sweatshops are illegal places for manufacturing garments where working conditions are below anything that is even remotely fair for workers. Sweatshop owners tend to pay less than the minimum wage and steal wages from their workers.

To reduce the number of workers who end up getting ‘employed’ by sweatshops, the NYS Labor Law introduced a set of standards that a garment company needs to meet. Only when the garment company has all the required paperwork and proof of legitimacy can it be registered for operation. Every apparel worker has the right to at least the minimum wage, regardless of what type of work they’re doing (even if it’s piecework).

Independent contractors or freelance workers have their own set of rights, even though they’re not technically employed by any organization or employer. If a contract between a freelancer and the hiring party is worth $800 or more over a period of 120 days, then that contract must be put in writing.

Freelance workers have the right to be paid on time, no later than 30 days after the project outlined in the contract has been completed. If the hiring party has in any way breached the contract, the freelancer has the right to sue them and receive their due compensation and possible damages.

These are just some of the worker groups that have additional protections under the New York State Law. Other groups, such as building service workers, construction workers, nail salon workers, retail and grocery workers, and others, have bonus rights specific to their type of work. If you belong to any of these industries, don’t forget to look up all the protections unique to you.

The most common labor law violation is wage theft:

If your employer has seemingly violated any of the numerous Labor Laws in New York, you have the right to legal action.. You can protect your rights by calling the law firm of Cilenti & Cooper, PLLC.  Cilenti & Cooper has been protecting workers from unlawful wage theft for more than a decade

If you seek legal protection against your employer , they cannot retaliate  against you in any way. Retaliation is described as any action taken to punish the employee that made the initial report or any employee who cooperated in the Department of Labor’s proceedings. This includes providing information to the DOL, exercising employee rights under the DOL, and ultimately causing the employer to receive penalties for their unlawful workplace practices.

If retaliatory action does happen, you have the right to additional monetary damages. However, don’t wait too long to protect your rights. Under federal law, you are entitled to recover up to three years of unpaid wages.  However, under New York State law, you may recover up to six years of unpaid wages.  But, if you happen to have worked for your former employer for more than six years, each week that you wait to commence legal action, is one less week that you can ultimately recover.  So, time is of the essence to protect your rights..

If an employer is found liable for violating the Labor Law, they can be required  to pay monetary damages, serve prison time, or both. Any wage violation of the Labor Law, is treated as a misdemeanor.

The primary purpose of sentencing and penalties is for the workers to receive what they’re owed in unpaid wages. The New York State DOL or federal or state courts can issue an order for the employer to pay lost compensation to the employee, as well as damages and other appropriate relief.

The New York State Labor Law is extensive and complex. It is not easy to navigate without the help of an attorney familiar with how the law works. However, it also doesn’t have to be unknowable or mysterious to workers who rely on those labor laws to protect them.

The basic rights all workers in New York state have are the right to be paid at least the minimum wage, to be fairly compensated for overtime work, the right to sick and safe leave, to enjoy a workplace free of harassment, discrimination, and job hazards, and the right to have days of rest and scheduled work breaks.

Additional worker groups with protections unique to their industries are apparel industry workers, freelancers, fast-food workers, grocery, retail, building service, construction workers, and more. Immigrant workers have many of the same rights as citizens of the United States, no matter their immigration status. Special laws are created for child workers and child performers to make sure minors are not used or abused in any way.

Lastly, if you suspect that your employer violated your rights, you shouldn’t think twice about holding them responsible. Whistleblower and Retaliation Laws are in place to protect employees who commence legal action. You  deserve to receive fair payment for all the work you performed regardless of the situation.