Who Is Protected by the NY Labor Law 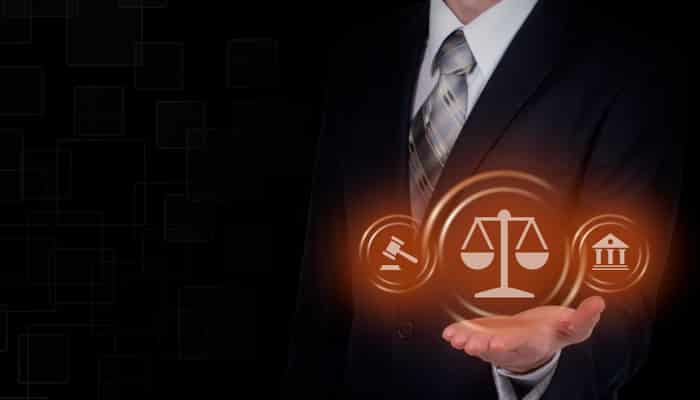 If you live in New York City or are a frequent visitor, you might have seen the We Fight for Every Worker in NYC campaign. Posters in multiple languages have declared that the Department of Consumer and Worker Protection fights for every worker’s rights, regardless of age, national origin, gender identity, immigration status, background, or similar. So, who is protected by the NY Labor Law? Is it really all workers?

No set of laws is perfect, but New York state does its best to cover as many employee groups as possible. No employer is above the law if they take advantage of their workers, regardless of who the workers are or what type of job duties they perform.

Even though all New York state employees have the right to regular wages or salary, equal pay, and health and safety in the workplace, there are specific industry groups that have additional protections.

If you are a freelance worker or an independent contractor, you have the right to a written contract. All contracts that are worth $800 or more in a 120-day period must be put in writing.

Freelance workers also have the right to be paid on time, no later than 30 days after the work outlined in the contract is completed. Additionally, if the hiring party has breached the contract, the freelancer has the right to sue them for compensation.

One of the biggest issues in the apparel industry is sweatshops. Sweatshops are illegal places for producing garments that typically pay less than the minimum wage and cheat wages out of their workers.

The New York State Department of Labor has a strict set of standards that garment companies need to meet to register as a legitimate garment company. Every apparel worker has the right to be paid at least the hourly minimum wage (plus overtime), even if they are doing piecework.

Depending on the type of building they work in, some service workers may have the right to a rate of pay higher than the minimum wage.

In NYC, certain new building managers, contractors, owners, and commercial entities must keep the service workers who were already employed in the building for a 90-day transitional period. If they are satisfied with the building service workers’ performance, they are required to offer continued employment. All of this falls under NYC’s Displaced Building Service Workers Act.

Domestic workers are employed in a private household by a single person or two people in a domestic partnership. They perform a variety of household services for a family and can be:

According to the New York Domestic Bill of Rights, paid care workers have the right to overtime pay, one day rest in seven, protections from racial and sexual harassment, and three paid days of rest each year. The Paid Safe and Sick Leave Law in NYC also allows time off for safe and sick leave on top of the three annual paid days of rest.

In New York state, all fast food employees must be paid at least the minimum wage for fast-food workers. This minimum wage is $15.00 per hour in New York City and $14.50 per hour starting from December 31st, 2020, in the rest of the state. An employee who works in a fast-food establishment has to perform at least one of the following duties regularly:

Fast-food employees have the right to keep all the tips they earn on top of their regular rate of pay. NY Employment Laws prohibit employers from taking the tips employees earn.

In New York City, fast-food employees also have the right to a predictable work schedule. Employers must provide estimates of how much and when the employees will work, as well as the opportunity to work new shifts before considering new hires.

Like the fast-food industry, the Fair Workweek Law requires an employer to provide predictable work schedules to retail employees. They must post a written notice declaring that employees have this right in a visible place in each NYC workplace. This notice should be in a language that is primary to at least 5% of the workers.

In an effort to reform the nail salon industry in New York state and correct unlawful practices and unsafe working conditions, new labor and employment laws were set in place. These laws state that a worker must be paid for every hour they work. This pay also must include overtime wage (every hour worked in excess of 40 per week).

The minimum regular rate of pay depends on whether the nail salon worker is tipped or non-tipped. It also depends on the county they’re in, with the highest wages being in NYC.

The same rule for employers not taking tips from employees like in the fast-food industry applies here as well.

Under the New York State Labor Law, a Local Law was established in 2016 in NYC called the Grocery Worker Retention Act. It states that new grocery store owners must keep the existing employees (employees of the previous owner) for a 90-day transitional period. This is similar to the Displaced Building Service Workers Act.

All the protections, services, and programs of the Department of Labor are available to all workers, regardless of their immigration status. This is true when it comes to the NYS Labor Laws, too.

Immigrant workers have the right to paid safe and sick leave, the right to organize, receive New York’s minimum wage, be fairly compensated for overtime work, and enjoy a workplace free of discrimination that is both healthy and safe. If you are an immigrant worker – no matter your immigration status – you have the right to file a complaint against your employer if they are violating any New York Employment Law.

If a construction worker is regularly employed (through an employment contract), they are protected by the regular New York Labor Laws. If they are treated as independent contractors, they have all the rights of freelance workers we’ve described above.

Most importantly, under the New York State Consolidated Laws, the Child Labor Laws define the type of work that minors are allowed to perform and the maximum and prohibited number of hours they can work.

Moreover, these laws talk about the regulations regarding school attendance, duties of employment agencies, and special occupations, such as delivery and clerical services, newspaper sales and delivery, shoe shining, and child modeling.

Under these laws, you will also find occupations prohibited by the state and federal law, as well as a chart of how many hours a minor is permitted to work, depending on their age. If an employer wants to hire child performers, they need to obtain a certificate. The child performer’s parent or guardian must obtain a permit for the child performer to work in New York state.

The New York State Labor Law is a broad and complex topic. It covers everything from wages and hours to meal breaks, paid family leave, voting leave, unemployment insurance, and many more employment (and unemployment) details. The NYS Labor Law applies to all parts of New York state, with some differences between different counties.

The protected classes are all employees and workers in NYS, irrespective of their nationality, immigration status, age, background, gender identity, previous employment, and salary history. Everyone has the right to a regular, fair payment of wages, protection from employer retaliation, and a working environment that won’t endanger their health or safety. New York is continually working on improving its set of labor standards.

The most important takeaway from this article would be to remember that all New York employees can file a complaint if they feel they have been wronged in some way. If you haven’t received the right amount of wages at the right time if your overtime hours have been ignored, your employer has taken away your tips, or if you were harassed in any way, you deserve to be compensated for it.
To find out whether you should file a complaint, don’t hesitate to contact Cilenti & Cooper at (718) 841-7474 right away.