The Complete Guide to Employment Discrimination in 2020 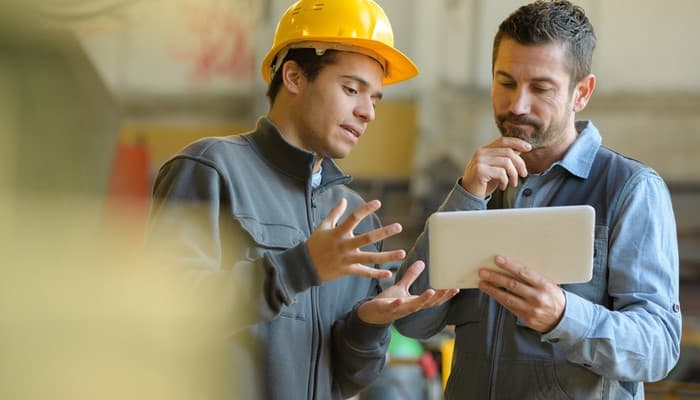 Satisfactory salary and numerous other financial benefits are undoubtedly the ultimate motivational factor to employees. However, working in a pleasant and affirmative environment filled with respect and appreciation is among the top five determining motivators among workers. For this reason, employers need to secure a supportive, encouraging, and discrimination-free working environment. Unfortunately, this is not always the case. For this reason, this article will present to you the different types of employment discrimination. It will also clarify the role of the federal legislative body, like the Equal Employment Opportunity Commission, in offering protection against discrimination at the workplace.

What is the EEOC and How Does it Function?

This federal commission that battles unfair treatment at the workplace was established by the 1964 Civil Rights Act, whose title VII strictly prohibits employment discrimination. According to this ground-breaking anti-discrimination legislative act, “Federal contractors and subcontractors must take affirmative actions to ensure equal access to employment without considering race, color, sex, national origin.”

Therefore, If you had been treated differently at work because of your age, religion, origin, race, gender, disability, or sexual identity, you had been a victim of employment discrimination. This article will offer explanations of different kinds of workplace discrimination and show you how to fight for equal rights and treatment at work. Providing a tolerant and embracing work environment is a two-way process that requires a significant effort of the human resources department and senior management. This ultimate guide to employment discrimination will show some useful trends in securing an appreciative and encouraging work environment in 2020.

Different Types of Discrimination You Can Encounter

Employment discrimination may take many forms, and sometimes it is not a single event. It is a long-lasting process that may not be recognized as unequal treatment at first. However, certain situations that may occur at work are perfect examples of various discriminating behaviors.

Every employer that specifies the desired age range in the job advertisement has already discriminated against possible employees. The fact is that some industries consider workers over thirty as being old and already burnt out. Furthermore, people over 45 seeking jobs will face more difficulties than younger applicants. However, the number of workers older than 55 is expected to increase to 41 million by 2024, compared to 28 million in 2008. The tendency of older workers to keep their jobs and postpone retirement is also on the rise.

Simultaneously, there is no evidence that experienced workers have underperformed compared to their younger colleagues. Besides, federal law on age discrimination strictly forbids payment discrepancies based on workers’ age. Apart from being called or considered too old for a position, there may be some discriminatory notions regarding financial compensation that workers of a certain age have to face. Namely, numerous employees think that “older” workers will present a more significant expense in salary, pension, benefits costs, and for this reason, they opt for younger employees.

These are all common excuses for age discrimination policies in companies that the federal Age Discrimination in Employment Act from 1967 aimed to curb. This act protects people of 40 and older, providing them equal treatment in every employment aspect, including hiring, promotion, firing, and compensation. Bear in mind that this age discrimination act refers to employers with over 20 workers and labor organizations that provide work for over 25 people. The ADEA also applies to employment agencies and governing bodies on federal, state, and local levels. Military personnel and independent contractors are exempted from this rule.

This type of employment discrimination refers to all unequally distributed wages among equally- qualified workers of a different gender. This means that male employees may expect higher wages than females working in the same positions and sharing the same qualifications. It may also refer to unfairly distributed benefits and compensations, like overtime.

The passing of the Equal Pay Act in 1968 provided much-needed protection from sex-based discrimination related to wage distribution. This legislature strictly prohibits a company’s management from offering a higher salary to any person for specific work if another person is doing the same job for a lower salary. In addition, the 2009 Lilly Ledbetter Fair Pay Act introduced into law the EEOC’s amendment that each unfair paycheck should be regarded as a separate case of wage discrimination. In this way, this anti-discriminatory act extended the statute of limitations for submitting complaints related to wage discrimination.

Another legislation that ensures fair wage distribution is the FLSA (Fair Labor Standards Act), which is responsible for determining the minimum wage and securing overtime payment. It explains in detail what is considered overtime work (more than 40 hours a week), and what amount of financial compensation workers should get for it. This essential fair labor act also included significant amendments aimed at prohibiting child labor. As you can see, a number of federal acts protect workers’ rights to equal pay. However, when you experience wage discrimination, make sure to consult your state laws on this issue. New York state labor laws are in accordance with the FLSA regulations for overtime pay.

3.   Discrimination Due to Pregnancy or Disability

We will tackle the sensitive issue of discrimination based on the employees’ need for a disability or maternity leave. Pregnancy should be amazing news for future parents. However, many managers will take discriminatory actions against women who announce it. Even though the Pregnancy Discrimination Act prohibits employers from treating pregnant women differently than any other worker or job applicant, the EEOC received over 2000 complaints related to pregnancy discrimination in 2019. These women were either fired or deprived of promotion once they revealed their good news. Apart from learning the laws that protect you from pregnancy discrimination, you should also learn everything you need to know about maternity leave. According to the Family and Medical Leave Act, employees are eligible to take a 12-week unpaid leave within a year in case of:

Before you tell your employer that you are pregnant, make sure you are eligible for family medical leave and that your company supports this act.

If you are a qualified worker with a disability, you may have experienced some type of discrimination at work. If this is the case, you should refer to the Americans with Disabilities Act to protect your rights. This protective act, devised to curb this type of employment discrimination, prohibits unequal treatment of qualified workers with disabilities during the hiring or any other employment process.

According to EEOC statistics, more than 23,000 complaints of sex-related employment discrimination were filed in 2019, which makes for about 34% of overall discrimination claims, to be precise. This percentage places sex discrimination right behind retaliation, which is the primary reason for discrimination at work in the USA.

Here are some of the common discriminatory situations LGBTQ working population face at work:

Despite all these horrific examples of discrimination based on sexual orientation, there is some good news. Namely, the Supreme Court ruled on June 15th, 2020 that Title VII of the Civil Rights Act protects the LGBTQ population from discrimination at the workplace. This rule also stated  that a business that fires a gay or transgender person because of their sexual orientation “defies the law.” This is an unexpected but encouraging decision for all LGBTQ employees.

What to Do When You Feel Discriminated at Work?

If you found yourself in any of the situations described, here are steps to prove this unequal treatment you have suffered at work. It is not sufficient just to say that you were discriminated against because you are female, an older worker, or gay. You have to compile a list of firm evidence that clearly shows that you were the victim of racial, religious, sex, age, or gender discrimination compared to other employees. When you prepare to submit the discrimination complaint to the EEOC, make sure that you provide the following evidence:

Once you are sure you have obtained all the relevant evidence to prove your employment discrimination case, you have to submit in forms of testimony, documents, or statistics.  As you can see, this may be a time-consuming and exhausting process that requires legal help. For this reason, you should seek the advice of experienced professionals at Cilenti and Cooper.

Human resources management plays a significant role in providing a supportive and appreciative working environment where all workers will be treated equally. However, there are many HR issues these professionals need to tackle to prevent employment discrimination and turn the hostile working environment into an encouraging one. For this reason, the Society of Human Resource Management (SHRM) has prepared the SHRM Essentials of Human Resources program that tackles essential human resource issues. It also offers practical knowledge and strategies needed for HR managers to face various challenges daily.

Tips on Tackling Employment Discrimination in 2020

The new decade has brought new challenges in preventing workplace discrimination. One of the first things that are expected to happen in 2020 is the rise of diversity and inclusion in the workplace. This means creating a work environment that allows employees to thrive and improve their abilities. Hopefully, business owners and managers will embrace these principles and include them in hiring processes. Learning to accept different people with different qualities may be a difficult step to take, but this can be a step towards a more productive and less discriminating work environment.

It appears that resumes will no longer play a crucial role in the recruitment process, since many companies have turned to gamification instead. These organizations use artificial intelligence tools to create games that test the cognitive, emotional, and behavioral features of possible employees. Applying gamification in the hiring process may be the end of discriminatory policies, since this process will be based on someone’s performance and not their personal features.

We live in turbulent times when various discrimination issues need to be addressed more than ever. Hopefully, the introduction of workplace policies based on diversity and inclusion will help to curb employment discrimination. The Supreme Court’s rule on LGBTQ sex discrimination is one step in the right direction.