The Different Types of Employment Discrimination 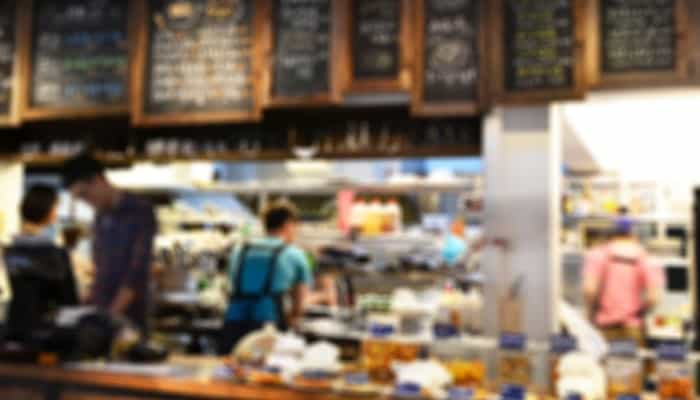 Working in a supportive environment has always been a strong motivator for workers to be more productive and efficient at their jobs. Managers should strive to create a people-oriented work policy that embraces diversity and inclusiveness and ensures equal treatment for all employees. A study showed that companies that foster employment policy based on diversity and inclusiveness bring in 35% more profit than the industry average.

On the other hand, numerous examples of employment discrimination remind us how severe this issue is, and more than in 2020. Discrimination at the workplace may come in many forms, turning a supportive workplace into a hostile environment. This happens when undesirable behavior patterns and hateful comments regarding someone’s race, religion, sexual orientation, or age lead to severe consequences. Namely, spending working hours in an intimidating and offensive atmosphere may lead to diminished productivity and shattered confidence. Therefore, this article will focus on various types of employment discrimination that people face daily. It will also help you make a difference between discrimination and harassment and show the legal ways to protect yourself against workplace discrimination.

Whether it is a one-time incident or a long-lasting process, everyone should battle against employment discrimination. A federal legislative body known as the Equal Employment Opportunity Commission is responsible for tackling various discrimination complaints and pressing charges in discrimination disputes where settlement is not the option. Also, this federal legislation reinforces the implementation of numerous anti-discriminatory acts that aim to ensure equal treatment for all workers. According to the statistics gathered on the type of EEOC complaints filed in 2019, sex, race, disability, and age are the most common forms of workplace discrimination.

The Difference Between Harassment and Discrimination

Harassment is a type of discrimination that the EEOC defined as undesirable verbal or physical behavior based on someone’s race, gender, sex age, disability, or religion. This includes discriminatory jokes, slurs, insults, name-calling, intimidation, and threats. Harassment becomes a form of illegal conduct in the following cases:

These are all examples of unlawful workplace harassment that you can battle against by submitting a complaint to the Equal Employment Opportunity Commission.

This type of employment discrimination is frequent in the hiring process when employers set a specific age limit in the job advertisement. Many business branches consider employees over thirty “old.” When you face these facts, it is not surprising that job applicants over 45 are more likely to stay unemployed much longer than the younger ones. Another reason for age discrimination lies in the assumption that more experienced workers require higher salaries and other financial benefits like pensions as opposed to younger employees. For all these reasons, numerous companies deny employment opportunities to older workers, committing age discrimination. The Age in Employment Discrimination Act strictly prohibits this type of workplace discrimination. It protects all employees older than forty from discrimination related to any part of the employment process. This anti-discriminatory act refers to all companies with over twenty workers, labor organizations counting more than twenty-five employees, employment agencies, and governments.

However, the demography of the American workforce is changing. Some predictions say that the number of employees older than 55 will increase to 41 million within four years because many workers tend to postpone retirement and stay on their jobs as long as they can. This situation raises the so-called “grey ceiling” issue where the younger population cannot get an employment opportunity because older workers still hold their positions. This is not considered a type of age discrimination, but it certainly has a negative effect on the work environment due to generation gap clashes.

This is a form of unequal treatment where equally qualified workers working on identical positions are paid differently. Wage discrimination is closely related to gender discrimination because it is considered that male employees receive higher wages than their female colleagues in the same positions. If you feel that you have been paid unequally compared to other employees on the same work positions, you can refer to the Equal Pay Act that protects workers’ right to equal wage distribution.

This legislative act prohibits business management from offering higher wages to a person for a specific job if another employee in the same position receives lower payment. This anti-discrimination act was complemented in 2009 when the Lilly Ledbetter Fair Pay Act became law. This act treated every unequal paycheck as a separate case of wage discrimination.

For most women finding out that they are pregnant is one of the most thrilling moments in their lives. Unfortunately, many managers frown upon this life-changing event and tend to discriminate against their pregnant employees. Many workers have been fired upon announcing their pregnancy and have been overlooked for promotion for the same reason. This is why it is essential for female workers to get familiar with The Pregnancy Discrimination Act that protects the right of pregnant women to be treated equally as any other employee or job applicant. You should also get some essential information related to maternity leave after you give birth to your child.

The Family and Medical Leave Act responsible for regulating this issue state that employees have the right to 12-week unpaid leave in case of giving birth and caring for a newborn baby. This act also applies to care for an adopted child or a close family member suffering from a severe illness or health condition.

However, not all workers are eligible for this leave. Also, many employers don’t support this act and may offer some other form of maternity leave. For all these reasons, pregnant workers should be well informed when discussing this issue with their management.

This especially refers to sections I and V of this legislation. While section I provides protection to workers with disabilities in companies that count 15 or more employees, section V ensures that the ADA does not override some other federal or state act that offers enhanced protection to this vulnerable working group.

There are also specific sections of the Rehabilitation Act devised to prevent discrimination against qualified federal workers with disabilities. These sections focus on providing details on legal help in tackling possible discrimination issues.

Employment discrimination based on someone’s sexual orientation was prohibited by Title VII of the Civil Rights Act. The LGBTQ workforce still faces various challenges in the workplace. For example, some companies refuse to hire transgender people, while others fire workers for undergoing the gender reassignment process.

Furthermore, LGBTQ employees are often targets of various harassment methods, from name-calling and slurring to intimidation and physical assaults. At the same time, these employees are often deprived of equal chances for promotion or a pay raise due to their sexual orientation.

However, this week’s Supreme Court ruling may be a sign that things are changing in favor of sex discrimination victims. Namely, the US Supreme Court decided on June 15 that an employer who fires an LGBTQ person because of their sexual orientation is “defying the law.”

These are the most common types of employment discrimination apart from racial discrimination. Namely, discrimination based on race accompanied by religious bias accounts for more than 36% of filed discrimination complaints. This number is daunting, and it represents a significant warning sign that somethings need to change in the near future. We live in unpredictable times and face various insecurities and fears daily. It is essential to provide a secure and supportive work environment and equal treatment to all employees. If you think you have experienced any form of harassment or discrimination in the workplace, feel free to contact the Cilenti&Cooper wage and hour law firm for help in tackling your discrimination case.