The Ultimate Guide to Recovering Unpaid Wages in New York 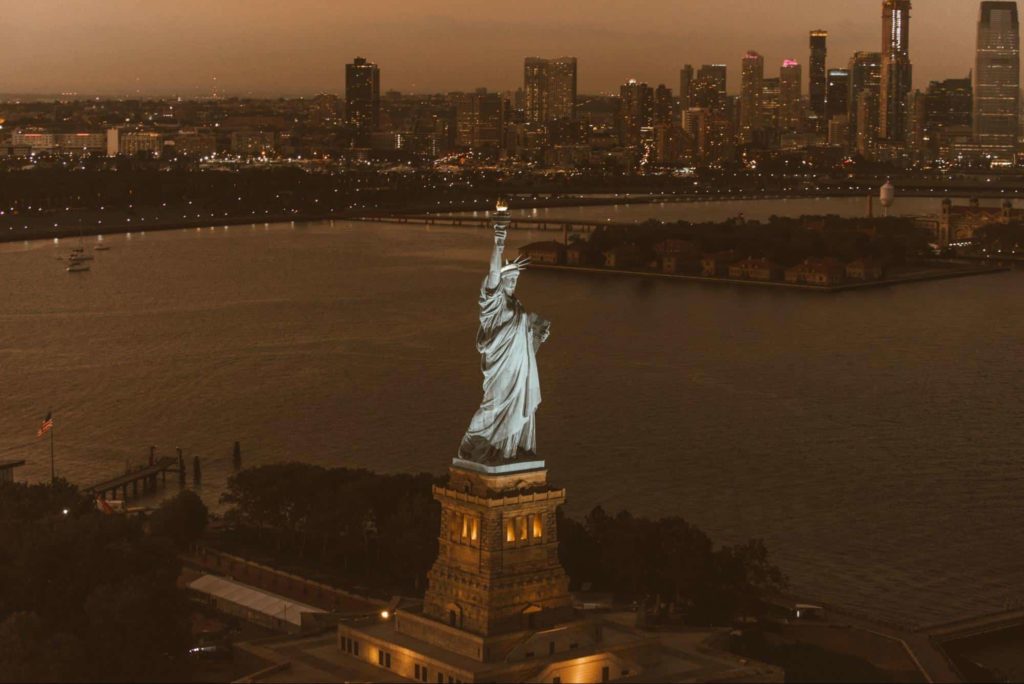 Did you know that every day, thousands of people are not paid for the work they do? This is a big problem, and it needs to be urgently addressed. In the State of New York, there are many laws to protect employees from this happening, but there’s no guarantee that employers will follow them. In this ultimate guide, we’re going to discuss how you can recover unpaid wages in New York.

We’ll also talk about your rights as an employee and what you should do if your employer doesn’t pay you for the work done. We will also talk about how long it usually takes to get unpaid wages back and why this is a problem in New York State. Finally, we’ll discuss some steps on where to find help if you’re suffering from problems caused by unpaid wages.

First, we need to talk about what constitutes unpaid wages and what the law says is owed to workers in New York State. What qualifies as unpaid wages is any salary or pay promised by an employer but not paid when it should have been.

Also, if you are owed back wages for overtime hours worked and didn’t receive them, this would also qualify as an unpaid wage. If you are owed commissions and bonuses, this would also be eligible for the unpaid wage category if they were not paid, unless the employer has a written agreement with an employee that states otherwise, or there is an established industry practice to do so.

If an employee was fired without notice, they should be paid their final paycheck; otherwise, this also constitutes an unpaid wage. Employees are also entitled to unpaid wages if their employer decides not to pay for hours worked before the end date, and these are counted in their regular work schedule. Finally, if there is a written agreement between an employer and employee stating otherwise, payment for unused vacation time should also fall into the category of unpaid wages.

The New York Wage Theft Prevention Act requires that employees are given written notice of salary rates at the time of hire and at least one pay period notice before changes in wages are made.

Employers are required to pay hourly wages, salaries, commissions, overtime wages, and bonuses under New York State law. They cannot require employees to accept less than minimum wage as a condition of employment. Employees must be compensated for work at the agreed-upon rate and time or duration of work, whichever is greater.

New York law provides employees with the right to pursue their unpaid wages in court. This is done through the Wage Theft Act. Under this Act, employers are required to provide written wage notices and pay stubs or face penalties as high as ten thousand dollars. In most cases, employers are unaware of this and can be willing to make payments voluntarily if they understand their legal obligations under New York Law.

The Wage Theft Prevention Act (WTPA) protects New York workers from wage theft by doing one or more of the following:

As mentioned, if an employer fails to provide written notice of an employee’s wage or overtime rate, the scheduled payday, or information about the employer, they will have to face high-sum penalties. The Wage Theft Act also requires notices to be in English and the employee’s native language.

Is there a Statute of Limitations for Filing an Unpaid Wage Claim in New York?

The employees should be aware that there is a statute of limitations for recovering unpaid wages in New York State. An employee has two years to bring legal action against their employer for unpaid minimum wages and unpaid overtime compensation. In total, an employee has a six-year statute of limitations for any legal actions for recovering their wages, benefits, and wage supplements in New York.

The Importance of Recovering Unpaid Wages in New York

The New York State and its Self-Employed Department collect taxes from all self-employed individuals for Social Security tax and Medicare. However, they do not collect unemployment insurance contributions from self-employed people. Such persons are responsible for paying these taxes themselves; otherwise, they will be collected from their unpaid wages.

That is why they must recover their unpaid wages because aside from not having their well-earned money, they risk going to jail or facing other penalties for failing to pay federal and state taxes withheld from their paychecks. They can be charged with a felony or jail time of up to three years, or both.

Employees should also know that they can recover unpaid wages and other damages even if they don’t have a work permit or a green card, or if they don’t have copies of the received paychecks, if they were paid in cash, or forced to pay kickbacks to stay on their jobs. They can even recover wages if the employer closed the business or declared bankruptcy.

What Can You Do to Recover Your Unpaid Wages in New York?

Even nowadays, people are unaware they have the right to bring their unpaid wage claims before a judge and jury. According to the National Employment Law Project (NELP), it is estimated that 98% of workers (over 4.5 million of them) will never file a claim at all to recover their stolen wages. So, if an employee wants to pursue their unpaid wages, it is essential they know the different legal options available and what will work for them.

The first thing an employee should consider is to discuss the issue with their employer and try to settle the matter directly. Giving them a chance to fix the situation before it escalates into legal action is always a good option. However, if the employer refuses to acknowledge their mistake, and the employee still hasn’t received their unpaid wages, it is time to consider other options.

In that case, the next step is to file a legal action. An experienced team of professional lawyers can help employees assess their cases and develop the best strategy for recovering their unpaid wages. As mentioned, every employee has the right to be paid the minimum wage in New York and 1.5 times their regular pay rate for overtime. Depending on the county, the minimum New York wage ranges from $11,80 to $15, which is substantially higher than the federal minimum wage of $7,25. If an employer refuses to pay wages, they violate the Minimum Wage Law and are subject to criminal prosecution and penalties.

Since the process of filing an unpaid wage claim and going to court involves numerous nuances that an employee may not fully understand, the best thing is to have the guidance and support of a professional.

Once an employee has hired a lawyer to represent them, they will have to explain their situation in detail. The lawyer must know everything about their job duties, work policies, work schedule, and the amount of pay they have received to determine how to pursue their unpaid wage claim. The more documents an employee has that prove their employer has intentionally failed to pay their wages, violating the FLSA, the higher the chance to build a strong case against their employer.

After the claim has been filed in court, an employer has to answer it. However, if he fails to do so, the court may rule in the employee’s favor. Aside from individual lawsuits, unpaid wage claims can also be brought to court as collective actions and arbitration proceedings. After filing the claim, an employee and employer have to comply with specific court rules regarding discovery. This includes producing necessary documents by both sides, such as statements and evidence. An employee will have to provide documents from their place of employment, such as work schedules and pay stubs, and provide estimates and information regarding the wages they claim are unpaid.

In most cases, these claims eventually settle, as unpaid wage lawyers negotiate a settlement amount. However, if they don’t reach a settlement, the case will go to trial. There, the judge and jury will be presented with the evidence and hear witnesses’ testimony. If an employee wins the trial, their employer will have to pay what they owe, including penalties.

Seeking legal action against an employer is not an easy thing to do. It can be nerve-wracking because of the fear of retaliation. Retaliation happens when an employer takes adverse action to punish the employee for making the initial report, for cooperating with the Department of Labor, or for anything else that can result in the employer paying penalties for their unlawful behavior.

An employer can try to retaliate in several ways:

However, an employee should not have to worry because the law protects them. If anything happens, they have the right to additional monetary damages. The only thing an employee should worry about is filing their claim on time. According to the law, they can recover up to six years of unpaid wages, but if they’ve worked for more than this period, every passing day is one day less than they can recover.

Who Pays an Attorney Hired to Recover Unpaid Wages?

A lawyer works for a percentage of a settlement, verdict, or jury award in a contingency fee arrangement. They get paid only if their client recovers their unpaid wages. In this kind of arrangement, there is no upfront charge for the lawyer’s services. An employee never pays their lawyer directly. The lawyer’s pay comes out of the compensation they recover on their client’s behalf. Another good thing about a contingency fee arrangement is that no recovery damages mean no legal fees.

Professional legal representation can be pricey. That is why contingency fee arrangements are so helpful because people who may not afford such service can still pursue their unpaid wage claims. The agreement allows employees to hire lawyers without worrying about legal bills on top of their other expenses.

The contingency fee arrangement also enables employees to evaluate their claims at no cost by a professional lawyer. This is also an expensive service since it takes time, experience, and effort on the lawyer’s part to understand their clients’ cases fully.

The amount of a contingency fee can depend on a couple of factors:

1. Lawyer’s time and effort: A lawyer’s amount of time and effort invested into a claim may affect the contingency fee since they can’t predict how complex the case will be and how much time they will have to spend on it.

2. Settlement and trial: Most unpaid wage claims are settled before the trial. This is the quickest and most cost-effective end to the lawsuit. However, if it goes to trial, the preparation and research which the lawyer will have to undertake can influence the cost of a contingency fee.

This ultimate guide to recovering unpaid wages in New York is designed for anyone denied their fair pay.

Unpaid wages and wage theft creates problems for both New York employers and employees. As an employee, it is vital to learn as much as you can about state and federal laws regarding unpaid wages. Thanks to experienced and knowledgeable lawyers, you can make this process easier for you.

A good legal representative can be there to inform you of the wage and hour laws, to tell you what your options are, help you gather documentation, represent you at the court of law, and support you through your fight for the right to be paid for your work.

To find out whether you have a case worth pursuing, feel free to contact Cilenti & Cooper today.