Age Discrimination In The Workplace: How To Fight It 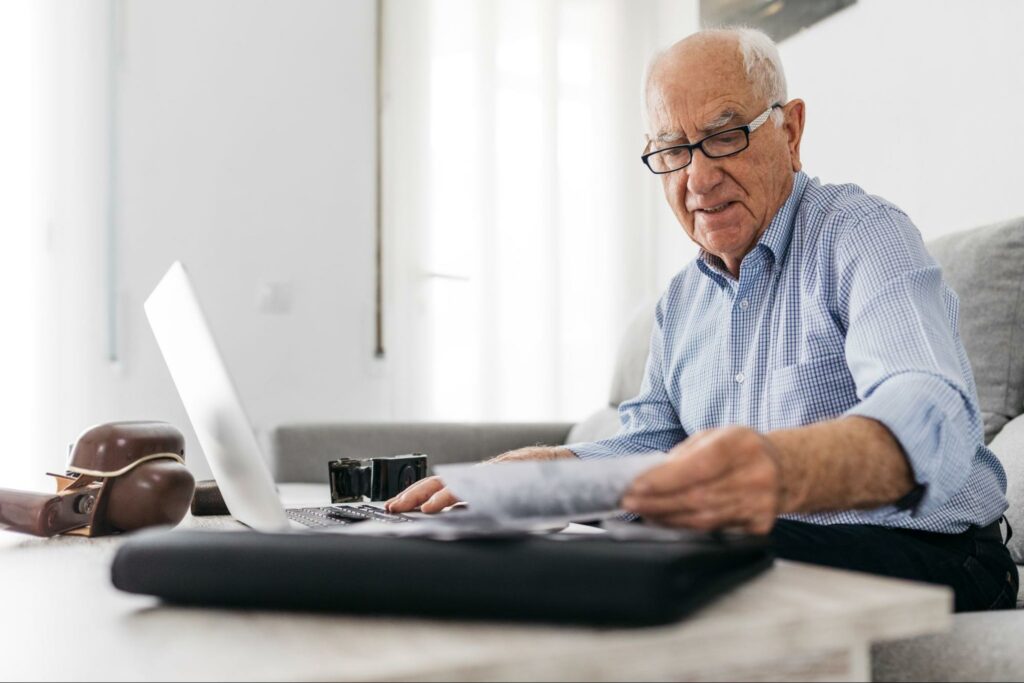 Although illegal, age discrimination is a common type of bias in the workplace. While it can affect younger and older workers, it is still a bigger issue for those over 40. However, ageism doesn’t just negatively impact employees, it also affects companies.

Over the last 15 years, age discrimination cases have accounted for 25% of all Equal Employment Opportunity Commission (EEOC) cases, typically receiving the highest payouts. Ageism is bad for business. Employers risk large settlements and miss out on a substantial talent pool of older workers and the major contributions they can make to their organizations.

This article discusses age discrimination, how to recognize it in the workplace, and how to properly prove you’ve been discriminated against based on age.

What Is Age Discrimination in the Workplace?

Ageism, also known as age discrimination, is creating stereotypes and biases based on an employee’s age. It happens when a candidate or employee is treated differently because of their age. Ageism can occur in various aspects of employment, from hiring, compensation, job assignments, promotions, and firing to any other condition of employment. Although ageism is mostly seen as bias against older employees, it also happens to younger generations.

According to an AARP survey, two out of three workers age 45 and older said they had witnessed or experienced age discrimination at work. The survey also shows significant differences between the genders regarding ageism, as 72% of women think people face ageism at work while only 57% of men feel the same.

The Specifics of Age Discrimination

The Age Discrimination in Employment Act (ADEA) prohibits age discrimination against employees who are 40 years or older and applies to:

Military personnel and independent contractors are not protected under the ADEA. The law, however, doesn’t protect people under the age of 40. Age-based harassment is illegal and unlawful in every aspect of employment, including:

In 1990, The ADEA was followed by the Older Workers Benefit Protection Act (OWBPA), which prohibits employers from denying benefits to older employees. However, the ADEA was weakened in 2009 following a Supreme Court decision in which the ruling imposed a higher burden of proof on workers claiming age discrimination than those who claim discrimination based on gender, race, or religion.

Age discrimination in the workplace can either be direct or indirect.

Nevertheless, there are situations when direct age discrimination is allowed. If the employer can prove that there is a good reason for the age discrimination, then such bias is not illegal but an objective justification. For instance, a job ad for a firefighter says candidates need to be 18 or older so they can be physically mature enough to train for this type of work.

Indirect age discrimination occurs when an employer has a company policy that puts employees of a certain age group at a disadvantage. An example of indirect workplace ageism is when a younger employee discovers they are not eligible for a promotion because of the company policy, which requires employees to have graduate degrees to be promoted. Although this can apply to all employees, it indirectly discriminates against employees of a certain age group because they are less likely to have a graduate degree.

Indirect age discrimination is typically less obvious than direct and is usually unintended. It can apply to various workplace procedures, policies, requirements, rules, and arrangements. However, as with direct age discrimination, indirect ageism can be legal where there is an objective justification or if the employer can prove that there is a proper rationale for the company policy.

How to Recognize Age Discrimination at Work?

If you think you or someone you know is experiencing age discrimination at work, you might be right.

Here are a few signs of ageism to look out for in the workplace:

1. Hearing or Being Subjected to Age-Related Comments or Insults

If you hear your employer or a manager making age-related remarks or speaking to you in a degrading and demanding tone, they may be crossing the line of harassment. Even the most professional older employee may experience microaggressions, which are daily verbal or behavioral insults, intentional or unintentional, targeted at a specific person or a group.

2. Noticing a Pattern of Hiring Only Younger Workers

Many employers will deny it, but they may specifically target younger workers. This is often due to unfounded assumptions about knowledge, ability, sociability, and work pace.

3. Being Turned Down For a Promotion

If you’ve experienced being turned down for a promotion that ended up going to a younger, less skilled employee, you may have evidence of age discrimination.

4. Being Overlooked for Important Work Assignments

One way your employer might discriminate against you is to stop giving you challenging and important work projects. This common tactic frustrates and demoralizes older employees while making them seem useless and less valuable to a company.

5. Being Isolated or Left Out

Your employer might start removing you from meetings, leaving you out of important decisions, and isolating you from the rest of the department or a group, making it more difficult for you to contribute as a valuable part of the team.

6. Being Encouraged or Forced to Retire

Your employer may offer an early retirement package as an incentive to push you out. These offers are often hard to turn down, and even if you do, there is no saying that your employer won’t fire you anyway. Some companies may even enact a mandatory retirement age, although that is only legal for a limited number of professions, such as firefighting or law enforcement.

If your company is laying off only older employees, you may be able to prove age discrimination. Since layoffs require legalities, some companies might try to dilute layoff groups by including a number of younger workers in the mix.

8. Your Position is Eliminated

Your employer might try to eliminate your role by changing the job title. If your employer says that your position is being terminated and then hires a younger worker for the same job, only with a different title, you might have evidence of ageism.

9. You Are Facing Unfair Discipline

If you seem to get harsher criticism or discipline than your colleagues for similar mistakes or issues, this can be a subtle but sure sign of age discrimination.

10. You Are Being Put on a Performance Review Plan

If you have had positive reviews in the past and have no history of poor performance, suddenly being put on a performance review plan (a corrective plan typically reserved for employees with a history of negative reviews or bad performance) might be a good sign you’re being discriminated against.

How to Prove Age Discrimination in the Workplace?

To prove workplace age discrimination, you need to establish:

If you successfully sue your employer for age discrimination, you can potentially recover all of the following:

What Do You Need to Prove Age Discrimination in the Workplace?

If you are an older employee working in New York and you feel like you are experiencing age discrimination at your job, don’t take this issue lightly. The Age Discrimination in Employment Act is meant to protect you and your employment, however, the burden of proof is on you.

In order to properly prove that you’ve been discriminated against based on your age, you should do the following:

Obtaining direct evidence is best, but it is often difficult to do so for obvious reasons – employers want to protect themselves. That’s why you should get in the habit of documenting things and saving texts, emails, voicemails, and other company communications. Document any incidents as thoroughly and frequently as possible, especially if they happen in front of other employees. This can be anything from hurtful comments to being denied promotions and opportunities due to your age.

For example, if your employer asks you when you plan to retire, make a note of that or any other unwelcome comment about your age. Keep such notes in a secure place outside of your office.

Another example of useful evidence could be wrongful discipline. If your manager or an employer disciplines you by docking your pay for arriving late to work but allows another younger worker to do the same without pay penalty, document this.

Hiring, firing, and promotions are also examples of ageism. Strong evidence, in this case, would be anything that compares your treatment to another younger employee’s treatment for the same situations. For example, you can request a performance evaluation from your employer and keep it.

Exclusion is another example of age discrimination, and it happens when an employer does not invite certain employees to company events such as meetings, training, conferences, and lunches. This is the most subtle type of ageism in the workplace and possibly the hardest to prove. Contact the person responsible for organizing these events and ask to be included next time. Their response can serve as proof of age discrimination.

When documenting any type of evidence, do it in detail. Write down the perpetrator’s name, date, time, and type of harassment experienced. The perpetrator can be anyone in the company – a co-worker, another employee, a manager, or an employer.

2. Speak With Your Employer

Once you have documented the incidents, talk to your manager or employer and lay out your causes for concern. You can also submit a report to your human resources department to make it official. This way, you will have a running record showing you have experienced age discrimination.

Once you submit a written report, your employer will have to act and investigate to see if there is any credibility to your claim. Before submitting a report, however, make sure the situation actually involves employment discrimination. Your employer may say mean things, but they are not violating the law unless the comments are discriminatory. You must also follow the steps outlined in your company’s employee handbook.

If the issue persists, is more severe, or your employer doesn’t want to stop the discrimination, you should look into potential legal action. You can report age discrimination to the U.S. Equal Employment Opportunity Commission or contact a professional and experienced employment lawyer.

All workers should be treated with respect, regardless of race, gender, religion, or age. Still, many employers feel otherwise and practice workplace age discrimination. Although it can be difficult to prove workplace ageism, it is still possible.