How To Prove Gender Discrimination In The Workplace? 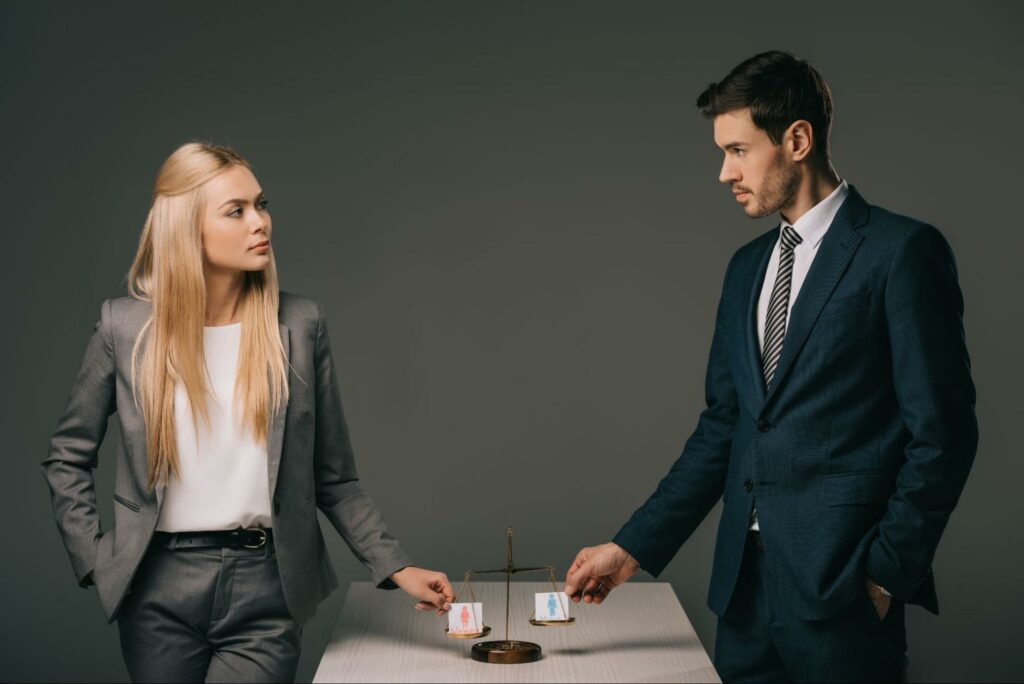 This article will discuss the types of gender bias in the workplace and what an employee can do to prove they were discriminated against while doing their job.

Types of Gender Discrimination in the Workplace

Aside from protecting both men and women from gender discrimination in the workplace, the law also protects workers from:

Indirect gender discrimination applies to situations when companies have a rule, policy, or practice in which an employee of one gender is less likely to meet, which places them at a disadvantage to the opposite gender. Some examples of indirect discrimination are:

How to Prove Gender Discrimination in The Workplace?

Direct evidence can be a statement or a testimony of another employee who has witnessed an employer treating someone unequally. It is anything that explicitly shows that the employer was behaving in a discriminatory manner. Direct evidence is the most desirable due to its reliability, however, it is also the most difficult to obtain because the employer or manager will not typically use blatant statements to explain their discriminatory actions and decisions.

For example, an employer will not say to a candidate that they didn’t get the job because of their gender. They will state some other non-discriminatory reason for their decision instead. This is why most employees who file a gender-discriminatory complaint need to rely on circumstantial evidence in order to prove their case.

Some examples of direct evidence may be:

Before they even start building their case on circumstantial evidence, an employee must make a prima facia case of discrimination, meaning they need to prove to the EEOC and the court that they are a member of a protected category. They may do so by answering these questions:

Once an employee has made a presumption of gender discrimination, they must ensure their circumstantial evidence is reliable enough to support their case. They may do so by answering these questions:

If an employee can answer most of these questions, they must compile as much evidence (documents and statistics) to sustain their discrimination claim. This may help them prove they have been discriminated against at work because of their gender.

If an employee is successful in their gender discrimination complaint, they may receive several compensations, including such financial remedies as back pay, reinstatement to their position, placement in a position they have been denied, an injunction against the employer to prevent or stop discriminatory practices, lawyer and expert witness fees, court costs, other costs related to the complaint, pain, and suffering, and punitive damages.

To find out whether you have a workplace gender discrimination case worth pursuing, feel free to contact Cilenti & Cooper today. We treat every case with the attention and care it deserves and can fight for your civil rights from beginning to end. We offer a free consultation to all of our prospective clients, so you have nothing to lose.