How To Stop Gender Discrimination In The Workplace? 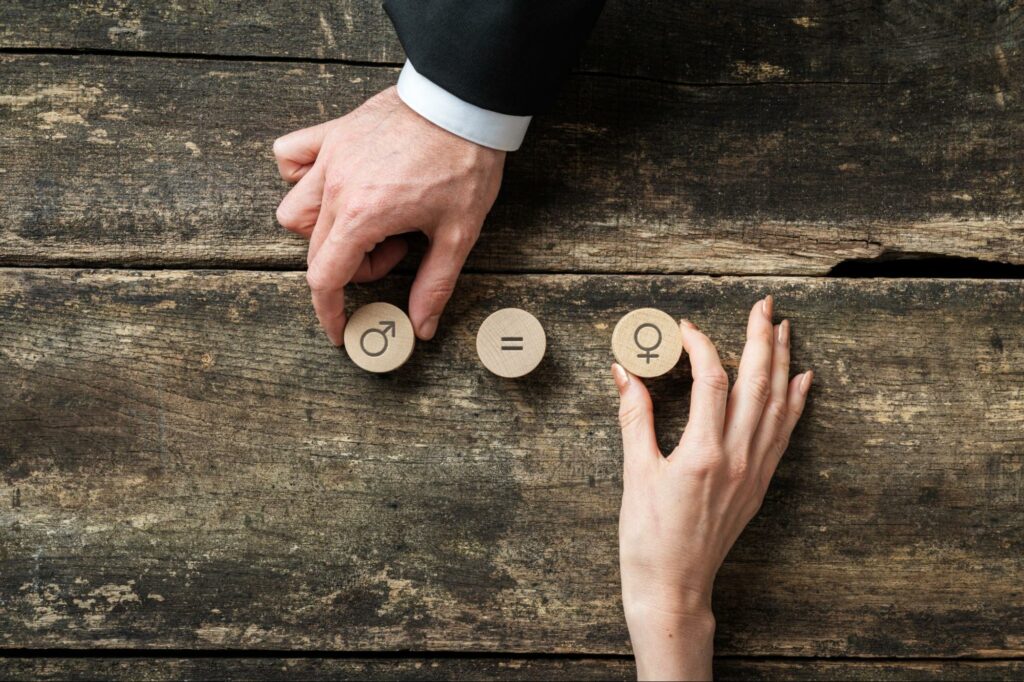 Toxic work cultures and discriminations continue to plague the workplace, making it hard for some people to be productive and achieve their expected career progress. However, there are things companies and organizations can do to help combat this problem.

What is Gender Discrimination in the Workplace?

Gender discrimination can happen while hiring, firing, determining raises and promotions, determining pay and benefits, and when an employer or employee creates a hostile work environment because of gender harassment. Any form of gender-based workplace discrimination violates federal, state, and local laws.

Types of Gender Discrimination in the Workplace

Other forms of unlawful gender discrimination that people, mostly women, may face at work are:

Which Federal and State Laws Cover Sex or Gender Discrimination?

Title VII is a provision of the Civil Rights Act of 1964 which prohibits employment discrimination based on race, religion, color, national origin, and gender. The act does not explicitly include language to protect people of other sexual orientations or other gender identities. However, the Equal Employment Opportunity Commission (EEOC) includes gender identity and sexual orientation as characteristics that are protected and encompassed by the prohibition against gender discrimination. Federal law also prohibits pregnancy discrimination, which is considered a form of gender discrimination.

The state of New York and New York City laws also prohibit gender discrimination. In accordance with the Human Rights Law, it is illegal for an employer to discriminate against its employee or potential candidate because of their gender or sexual orientation. Under the New York City Human Rights Law, it is illegal to discriminate against anyone on the basis of gender, gender identity and expression, and sexual orientation. Under this law, it is also unlawful to discriminate based on an employee’s pregnancy or pregnancy-related medical condition. Employers that are covered are required to provide reasonable accommodations for their pregnant employees’ needs.

How to Prove Gender Discrimination in The Workplace?

Direct evidence can be a statement or a testimony of another employee who has witnessed an employer treating someone unequally. It is anything that explicitly shows that the employer was behaving in a discriminatory manner. Direct evidence is the most desirable due to its reliability, however, it is also the most difficult to obtain because the employer or manager will not typically use blatant statements to explain their discriminatory actions and decisions.

For example, an employer will not say to a candidate that they didn’t get the job because of their gender. They will state some other non-discriminatory reason for their decision instead. This is why most employees who file a gender-discriminatory complaint need to rely on circumstantial evidence in order to prove their case.

Some examples of direct evidence may be:

Before they even start building their case on circumstantial evidence, an employee must make a prima facia case of discrimination, meaning they need to prove to the EEOC and the court that they are a member of a protected category. Once an employee has made a presumption of gender discrimination, they have to ensure their circumstantial evidence is reliable enough to support their case. The goal is to compile as much evidence (documents and statistics) as possible to sustain their discrimination claim.

If an employee is successful in their gender discrimination complaint, they may receive several compensations, including such financial remedies as:

Everyone has the right to succeed in the workplace based on their hard work, qualifications, and talents and not be confined to offensive and imaginary gender roles. Although some examples of gender-based discrimination have been mentioned, here are a few more that both employers and employees should recognize:

When an employee experiences these injustices or notices that their colleague is being discriminated against because of their gender, it is important they immediately take action by identifying and reporting such cases of discrimination.

An employee can notify their employer or HR division, provided that these are not the same people discriminating against the employee because of their gender. If this is the case, an employee should consider filing an internal complaint.

An employee can also file charges with a government agency. In the state of New York, there are a number of agencies that can help enforce federal anti-discrimination laws, such as the New York State Division of Human Rights (DHR), the New York State Department of Labor, and the States Equal Employment Opportunity Commission (EEOC). The EEOC is the agency most employees turn to when they want to file a complaint internally, often because the discrimination comes from the people they would need to report it to.

Finally, an employee can talk with a professional employment lawyer who can take their gender discrimination case to court. As stated, federal, New York state, and city laws protect employees against gender and sex discrimination, and an employee who has been discriminated against may be entitled to compensation. A professional discrimination lawyer can help work out the most favorable resolution for their case and may not even charge for the initial consultations.

How To Prevent Gender Discrimination in the Workplace?

A discrimination-free work environment is imperative to a successful business. Here are a couple of examples a company can use to prevent discrimination from happening in their workplace:

No one should tolerate any form of bias at work, including gender-based discrimination. Everyone has the right to feel safe, protected, and equal to others at work. Additionally, employers are required by law to create a workplace free from discrimination, violence, and harassment. However, if you feel like you’ve been discriminated against at work, you should know that you can put a stop to it.

To find out whether you have a workplace gender discrimination case worth pursuing, feel free to contact Cilenti & Cooper today. We treat every case with the attention and care it deserves and can fight for your civil rights from beginning to end. We offer a free consultation to all of our prospective clients, so you have nothing to lose.