Religious Discrimination In The Workplace: Examples And What To Do About It 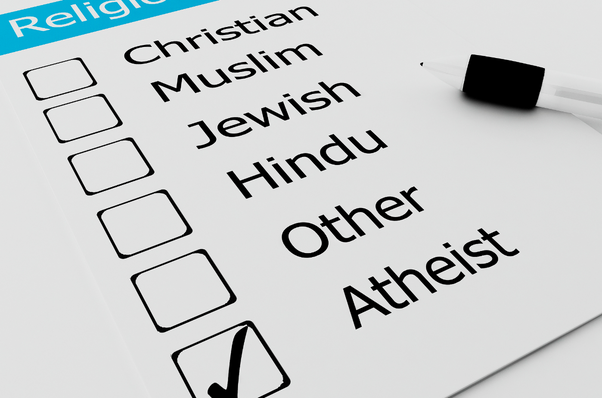 Workplace religious discrimination, intentional or unintentional, happens daily in companies of all sizes and industries. However, religious beliefs and practices do not affect employees’ ability to accomplish tasks and execute their responsibilities up to standards.

Despite this, many employees experience this type of discrimination, either from their customers, colleagues, managers, or employers. But religious discrimination is against the law, and employees have the right to fight against such unfavorable treatment in their workplace.

In this article, we will discuss religious discrimination, its types and examples, and ways an employee can prove they’ve been discriminated against in the workplace based on their religion.

What is Religious Discrimination in the Workplace?

Religious discrimination refers to the unfavorable treatment of an employee or a group of employees for reasons related to their religion or belief. This includes commonly recognized religions with well-known cultures, such as Judaism, Christianity, Buddhism, Hinduism, Islam, and Sikhism, as well as specific denominations within these religions. It also includes lesser-known faiths or sects, such as Scientology, Paganism, and Rastafarianism.

Belief isn’t just limited to religious beliefs; it includes any philosophical belief, such as atheism, agnosticism, spiritualism, or humanism. Therefore, treating an employee differently because of their lack of religious belief can also be seen as discriminatory behavior.

It is against the law to treat an employee less favorably than another employee because of their religion. Legally, this type of discrimination is covered by Title VII of the Civil Rights Act of 1964, which forbids employment discrimination based on race, religion, color, sex, and national origin. The Act also requires employers to reasonably accommodate the religious practices of an employee or a candidate unless doing so would create an undue hardship upon the employer.

Aside from being illegal, workplace religious discrimination can harm an employee’s mental, physical, and emotional well-being and create a toxic work environment for all employees, regardless of their religion or creed. An employee who is discriminated against on religious grounds can suffer from depression, low self-esteem, and difficulty relating to others. They may feel shame or guilt for being unable to live up to the religious standards of their employer.

Religious discrimination in the workplace can be present in hiring and firing, salaries, promotion opportunities, employee benefits, team-building, and other social activities at work.

What is a Reasonable Accommodation?

Employers are required by law to reasonably accommodate an employee’s religious beliefs and practices unless doing so would cause a burden on the business operations. This means an employer is required to make reasonable adjustments to the work environment that will allow an employee to practice their religion.

Examples of Religious Discrimination in the Workplace

There are four types of discrimination that can happen in the workplace:

1. Direct Discrimination – When an employee is treated less favorably than other employees because of their religion or the religious and/or philosophical beliefs they hold. Direct discrimination includes both perceptive and associative discrimination.

2. Indirect discrimination – When an employer has a policy, procedure, or way of working that unfairly disadvantages those of certain religion or belief.

3. Harassment – When an employee is subjected to unwanted conduct related to their religion that has the purpose of degrading, intimidating, humiliating, or violating their dignity in any way.

4. Victimisation – When an employee is treated unfairly because they’ve complained or have taken legal action against religious discrimination or harassment at work or supported a claim or complaint made by another employee (acting as a witness).

There are several ways in which job applicants and employees can be discriminated against in the workplace. Some common examples of direct religious discrimination include:

Examples of indirect discrimination include:

Harassment in the workplace is any form of bullying behavior by the employer or other workers because of someone’s religion or belief, while victimization can refer to anything from being characterized as a troublemaker to being disciplined or dismissed for complaining about unlawful conduct.

For example, colleagues could tease a Muslim employee relentlessly for taking prayer breaks, and eventually, someone can complain to their manager. If the employee’s manager then refuses the employee a well-earned promotion because they are not a ‘team player,’ this would serve as two separate but related instances of workplace religious discrimination.

How To Handle Religious Discrimination in the Workplace?

In interviews, employers should ensure nondiscriminatory treatment by asking all candidates the same questions, only inquiring about matters directly related to the job position.

Employers should include various religious and cultural holidays on a calendar to help set work schedules. They should be mindful of such dates when planning meetings or events and raise employee awareness of upcoming faith-related events.

Some religious practices, such as wearing a hijab, beard, or turban, are protected by law. Employers should accommodate religious attire and other symbols when there are no health and safety risks for the employee with the attire or other workers.

Employers should try to accommodate employees’ religious needs by having a separate room for prayer, meditation, and reflection.

If possible, employers should consider the dietary requirements of their employees during company lunches, meetings and events by including vegetarian, halal, and kosher options. Employers should also provide other drink options for those who abstain from alcohol at such events.

What is Legally Needed to Prove Religious Discrimination in the Workplace?

An employer is responsible for reasonably accommodating employees’ religious beliefs, including all aspects of religious observance and practice. A religious belief cannot be a matter of personal preference but one of deep and sincere religious conviction, shared by an organized religious group and related to daily living. If an employee has a religious belief or religious practice that conflicts with the performance of their employment responsibilities, then they are entitled to reasonable accommodation. For example, if their religion requires them to refrain from working on Sundays, then a reasonable accommodation might involve changing their schedule to allow them to work on Saturdays instead of Sundays.

If an employer states that they cannot reasonably accommodate an employee’s religious observance or religious practice without undue hardship to their business, then the employee is given the opportunity to show that the reason for not accommodating their belief was pretextual and not a legitimate reason. In this case, an employee must establish three things:

It is also important to note that an employer has no right to subject an employee who requested a reasonable accommodation to adverse action.

Disparate treatment is the unfavorable treatment of an employee because of their religious beliefs. This type of workplace discrimination may come in the form of adverse employment actions such as refusing to hire or provide training, denying promotions, disciplining, denying equal compensation and benefits, and firing. Disparate treatment also includes workplace harassment based on religion. Religious harassment may consist of offhand remarks about religious clothing such as a head scarf or yarmulke, mocking an employee’s beliefs or lack of beliefs, or attempts to proselytize in the workplace.

In order to establish a case of religious discrimination on the basis of disparate treatment, an employee must prove the following:

Once an employee establishes a prima facie case, the employer must provide a legitimate, nondiscriminatory reason for the adverse employment decision. If the employer manages to do that, the employee must then demonstrate that the proffered reason was just a pretext for unlawful religious discrimination.