What Is Religious Discrimination In The Workplace: Examples 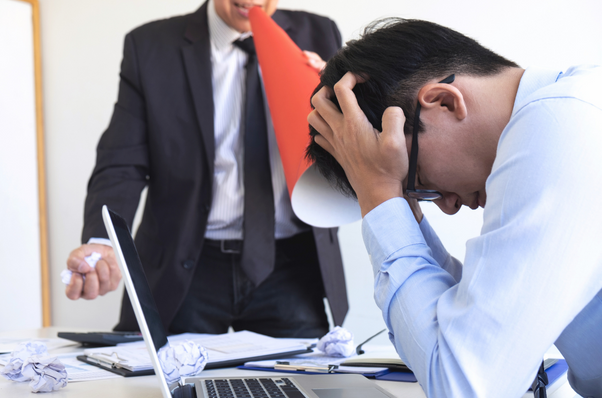 In the United States, everyone has the right to practice their religion or no religion at all. Therefore, practicing or not practicing religion in the workplace is a personal choice that every employee makes of their own accord. This is one of the most protected rights in our country, but it is also one most often fought over in a legal setting.

With such a diverse population in the US comes a wide range of different religions and belief systems. Therefore, employers must be careful not to discriminate against their candidates and employees based on their religious beliefs.

In this article, we will discuss religious discrimination and its examples in the workplace.

What is Religious Discrimination in the Workplace?

Religious discrimination refers to the unfavorable treatment of an employee or a group of employees for reasons related to their religion or belief. This includes commonly recognized religions with well-known cultures, such as Judaism, Christianity, Buddhism, Hinduism, Islam, and Sikhism, as well as specific denominations within these religions. It also includes lesser-known faiths or sects, such as Scientology, Paganism, and Rastafarianism.

Belief isn’t just limited to religious beliefs; it includes any philosophical belief, such as atheism, agnosticism, spiritualism, or humanism. Therefore, treating an employee differently because of their lack of religious belief can also be seen as discriminatory behavior.

It is against the law to treat an employee less favorably than another employee because of their religion. Legally, this type of discrimination is covered by Title VII of the Civil Rights Act of 1964, which forbids employment discrimination based on race, religion, color, sex, and national origin. The Act also requires employers to reasonably accommodate the religious practices of an employee or a candidate unless doing so would create an undue hardship upon the employer.

Aside from being illegal, workplace religious discrimination can harm an employee’s mental, physical, and emotional well-being and create a toxic work environment for all employees, regardless of their religion or creed. An employee who is discriminated against on religious grounds can suffer from depression, low self-esteem, and difficulty relating to others. They may feel shame or guilt for being unable to live up to the religious standards of their employer.

Religious discrimination in the workplace can be present in hiring and firing, salaries, promotion opportunities, employee benefits, team-building, and other social activities at work.

What is a Reasonable Accommodation?

Employers are required by law to reasonably accommodate an employee’s religious beliefs and practices unless doing so would cause a burden on the business operations. This means an employer is required to make reasonable adjustments to the work environment that will allow an employee to practice their religion.

Types and Examples of Religious Discrimination in the Workplace

There are four types of religious discrimination that can happen in the workplace:

1. Direct Discrimination – This is when an employee is treated less favorably than other employees because of their religion or religious and/or philosophical beliefs. Direct discrimination includes both perceptive and associative discrimination.

2. Indirect discrimination – When an employer has a policy, procedure, or way of working that unfairly disadvantages those of certain religion or belief.

3. Harassment – When an employee is subjected to unwanted conduct related to their religion that has the purpose of degrading, intimidating, humiliating, or violating their dignity in any way.

4. Victimisation – When an employee is treated unfairly because they’ve complained or have taken legal action against religious discrimination or harassment at work or supported a claim or complaint made by another employee (acting as a witness).

There are a number of ways in which job applicants and employees can be discriminated against in the workplace. Some common examples of direct religious discrimination include:

Examples of indirect discrimination include:

Harassment in the workplace is any form of bullying behavior by the employer or other workers because of someone’s religion or belief, while victimization can refer to anything from being characterized as a troublemaker to being disciplined or dismissed for complaining about unlawful conduct.

For example, colleagues could tease a Muslim employee relentlessly for taking prayer breaks, and eventually, someone can complain to their manager. If the employee’s manager then refuses the employee a well-earned promotion because they are not a ‘team player,’ this would serve as two separate but related instances of workplace religious discrimination.

What Must Employers Do?

Employers, regardless of their religious beliefs, must ensure that they don’t directly or indirectly discriminate against employees because of their religion, lack of faith, or association with anyone of a certain religion or belief. This requirement starts from the recruitment process, throughout the employment, and even when writing references. Employers must also create a safe and inclusive working environment free from discrimination, harassment, and victimization.