The Definitive Guide to FLSA 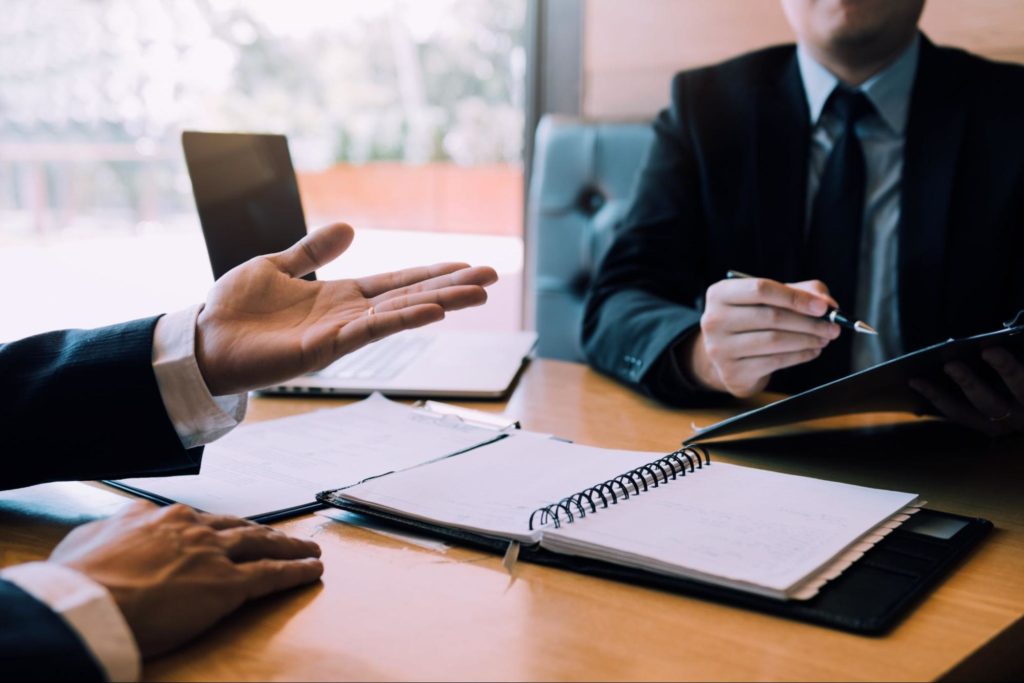 The U.S. Department of Labor (DOL) has made perfectly clear that enforcement of federal wage and hours laws is of the highest priority. This comes as no surprise since the Wage and Hour Division has reported that it closed around 146,000 cases just in a period from 2009 to 2013 and collected more than a billion dollars in unpaid wages for more than 1.2 million workers.

The FLSA is one of the vital laws for employers to understand as it establishes a wide range of regulations for dealing with workers, both salaried and paid by the hour. Every employer must know about FLSA regulations that affect payroll processing and recordkeeping because, if they are not in compliance with the FLSA, they may face several penalties.

In this comprehensive guide to FLSA, we will break down everything employers need to know to stay in compliance with the FLSA and its regulations.

The Fair Labor Standards Act (FLSA) is a federal law that establishes minimum wage, overtime pay, interstate commerce employment, recordkeeping, and child employment standards affecting both full-time and part-time employees in the private sector and federal, state, and local governments. The FLSA, however, is best known as the law that defines the exempt and nonexempt status of jobs and requirements for overtime pay.

The Act is administered by the Wage and Hour Division of the U.S. Department of Labor. The law was passed by Congress in 1938 and has been frequently amended to stay current. In essence, the FLSA is a rulebook designed to cover how employers should fairly and properly treat employees.

The Fair Labor Standards At enforces such laws and rules as:

If an employee works more than the standard 40 hours in a workweek, they can be entitled to overtime wages (unless they are exempt). Overtime pay is one and a half times the regular hourly rate (time-and-a-half). For every hour an employee works over the standard 40 hours, an employer has to multiply their hourly rate by 1.5. As mentioned, the FLSA requires that employers pay overtime to their employees unless they are exempt. Exempt employees are those who:

Furthermore, the FLSA sets and regulates recordkeeping rules, including the type of records employers should keep, how long they should store them, and timekeeping requirements. Under the Act, employers must maintain the following records:

The employer should also keep such records as timecards, work schedules, and wage deductions for two years, while other worker-related records, like payroll records, should be kept for at least three years.

With youth labor laws, the FLSA ensures that organizations can’t jeopardize the minor workers’ health, education, or general well-being. Employers are forbidden to hire minors to work hazardous jobs. The law also limits the number of working hours per day and workweek. Before hiring minors, employers must consult their state department of labor and get a work permit.

Although the FLSA covers most jobs, some are excluded by statute, while others are considered exempt from overtime rules. There are two groups of complete exclusion:

To determine if the job is exempt or not, the FLSA uses five exemption tests: executive, administrative, professional, outside sales, and computer test. All positions are required to pass the salary threshold, however, other requirements are different for every category.

To qualify for the executive exemption, the employee’s primary duty must be managing the organization, department, or subdivision, directing at least two full-time employees, and having the authority to hire, fire, or promote employees.

To qualify for the administrative exemption, the employee’s primary duty must be performing office or non-manual work related to the management, general operations of the employer, or customers.

To qualify for the professional exemption, the employee’s primary duty must be performing work that requires advanced knowledge (intellectual work) and the consistent exercise of discretion and judgment.

To qualify for the outside sales exemption, the employee’s primary duty must be to make sales and obtain orders or contracts for services the customer pays. The position requires that an employee be regularly engaged away from the place of business.

To qualify for the computer exemption, an employee must be employed as a computer system analyst, software engineer, computer programmer, or any other similarly skilled worker in the computer field.

The Act also regulates the treatment of jobs primarily compensated by tipping. In such cases, employers are required to pay the minimum wage to workers unless they routinely get more than $30 per month from tips. But, if an employee’s pay, with tips included, doesn’t equal minimum wage, the employer must make up the difference.

What Is FLSA Status?

The biggest advantage of the FLSA for workers is that the Act ensures they are not denied pay for the hours worked on top of the standard 40 hours in a workweek. All additional hours must be compensated at 1.5 times their regular income. To ensure this, the FLSA classifies workers as either exempt or nonexempt. Therefore, the FLSA status defines a worker as exempt or nonexempt.

In order to classify a worker’s FLSA status, an employer must answer the following questions:

Although some exceptions can happen, employees must meet a specific limit based on the questions above if they want to be considered exempt from the FLSA coverage. To be exempt, they must receive pay on a salary basis (instead of hourly), earn at least $35,568 per year, and perform exempt job duties.

The FLSA also applies to some employers, primarily those whose annual sales are half a million dollars or more or those working in interstate commerce. However, this doesn’t rule out too many employers because interstate commerce has a broad definition in the eyes of the court. Aside from this, some small farms and other organizations are excluded from the FLSA.

Some job positions are also excluded from the FLSA coverage. These exclusions can be divided into two groups:

How to Calculate FLSA Overtime Pay?

The Department of Labor requires that all workers must be paid overtime if they work more than a specified number of hours in a workweek. According to the Department, even some salaried workers must be paid overtime. The newest rule, effective January 2020, has increased the salary amount for overtime exemption from $455 a week to $684 a week. The new rule has a higher salary amount for exemption from overtime which means more workers can qualify for overtime.

All workers who are now paid less than $684 a week must have their work hours tracked and be paid if they work over the standard 40 hours in a workweek. This change applies to all categories of exempt workers – executive, administrative, professional, outside sales, and computer workers.

Additionally, the total annual compensation amount for Highly Compensated Employees (HCE) has been increased from $100,000 to $107,432 a year. For HCE workers to be exempt, they must receive at least the new standard wage amount of $684 per workweek on a salary or fee basis, irrespective of non-discretionary bonuses and incentive payments.

In order to know how to calculate FLSA overtime pay, employers must first understand how overtime works. A workers’ overtime is determined by the number of hours the person works in a workweek. A workweek is defined as a period of seven consecutive 24 hour periods. The workweek may start on any given day in the week and at any hour of the day set up by the employer. Employers must state in their policies when they consider the work week to begin. The start of the workweek can be changed if the change is meant to be permanent and is not designed to evade the FLSA overtime requirements.

To qualify for overtime pay, employees have to be nonexempt. Usually, most hourly workers are nonexempt, while most salaried employees are exempt. Employers must also consider those laws if employees work in a state with its own overtime pay regulations. As previously explained, overtime pay is the additional pay rate paid for working over a specific number of hours in a workweek.

The federal minimum for overtime for hourly workers is one and a half times the regular hourly rate for work that exceeds the standard 40 hours per workweek. For example, an hourly worker earning $10 an hour and working 45 hours a workweek would be paid $10 for the initial 40 hours and $15 an hour for every one of the 5 hours of overtime.

How to Calculate Overtime for Hourly Employees?

An employee is required to physically work over 40 hours to receive overtime pay. When calculating their overtime, employers should know what covers an employee’s workweek and regular pay rate. Typically, the regular pay rate includes all remuneration to the employee, like their hourly wage, salary, commissions, and non-discretionary bonuses (with the exception of those excluded by law).

How to Calculate Overtime for Salaried Employees?

When calculating overtime pay for salaried nonexempt employees, employers need to convert the wage into an hourly rate. They also need to take into account what can and cannot be included in the regular pay rate. For example, an employee earns a weekly wage of $700 and 50 hours for the workweek. According to the FLSA salary overtime calculation, this employee should earn the following:

If a salaried, nonexempt employee is subject to both federal and state overtime laws, an employer should use the higher standard.

Even though overtime is calculated on a workweek basis, the FLSA doesn’t require that overtime pay be paid weekly. Nevertheless, under most state laws, employers must pay all due wages on regular paydays appointed in advance by the employer. When the correct amount of overtime pay can’t be determined until after the regular pay period, the employer has to pay the excess overtime compensation as soon as possible after the regular pay period. This period can’t be longer than necessary for the employer to calculate and arrange the payment.

Federal law requires all employers to pay overtime for certain hours worked, but many employers fail to do so. However, if they fail to properly classify workers and calculate their overtime pay, they can be liable under the FLSA.