The Complete Guide on Unpaid Wages and Overtime Compensation 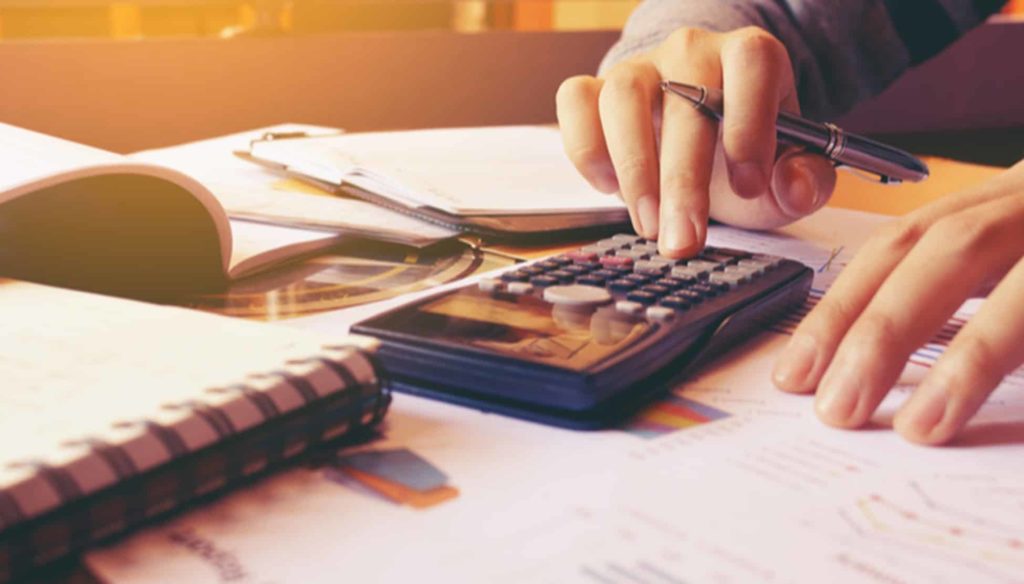 Millions of U.S citizens struggle to get by on low wages, often without a pension, sick leave, health insurance, and other benefits. Their lives become even more difficult when they perform work that they have been hired to do, but their employers hold on their wages, refusing to pay, paying only for some hours, or failing to pay overtime premiums. When this happens, the employers are violating wage-and-hours law and committing what’s legally called – wage theft. In the past, it rarely made economic sense for an individual employee to pursue a wage and hour lawsuit because the potential recovery didn’t justify the risks and costs of litigation. That’s why large employers have traditionally disregarded wage and hour labor laws with impunity. In recent years, things have been changing, thanks to changing labor laws and experienced employment attorneys.

Wage theft occurs when employers take money that belongs to their workers, keeping it for themselves. Those amounts may seem small (e.g., not paying for time spent cleaning and closing up at the end of a shift, preparing equipment at the start of a shift), but over time, they add up. When someone earns minimum wage (which is $290 for working 40 hours per week), shaving just half an hour per day from a paycheck equals a loss of $1,400 per year. In other words, that could be almost 10% of a minimum-wage worker’s annual earnings.

In our complete guide on unpaid wages and overtime pay, we will be discussing the specifics of minimum wage and overtime law in New York, as well as any compensatory and liquidated damages in the event of employer wage or overtime violations.

Lawsuits against employers are not rare, but some of them occur more often than others. These are the most common types of lawsuits:

Wrongfully terminated employees are those fired because of discriminatory practices in the workplace, if the company’s own termination guidelines weren’t followed, or if the company violates public policy in the process of employee termination.

2. Paying subminimum wages. Every state has its own minimum wage law, as well as exceptions where an employer can pay less. However, if an employer knows that employees are working off the clock, they can be held liable for paying for those hours worked. Paying below the minimum wage or not paying at all is a common labor law violation.

3. Not paying overtime wages. According to the FLSA, workers who work more than 40 hours a week must be paid 150% of their hourly wage for the additional hours performed.

4. Misclassification of an employee. In order to minimize the wages paid to an employee, some employers try to misclassify them. For example, trying to classify someone as a salaried employee when the work he or she is doing should be paid hourly is a law violation.

5. Not covering injuries on the job. Injuries on the job may include injuries in the workplace, as well as injuries while on the road. A car accident or motorcycle accident is considered a work-related injury, and most states require employers to carry some type of workers’ compensation insurance to cover the injury costs.

Wage theft is widespread and costs employees billions of dollars a year. It further worsens the inequality between business owners and low-income employees, damaging the sense of justice and fairness and hurting workers and their families. One study of employees in low-wage sectors found that two-thirds experienced at least one wage-related violation in any given week. The estimated average loss per employee over the course of one year was $2,634 out of $17,616 (total earnings).

If your employer fails to pay you your minimum wage or overtime or fails to give you meal breaks, you can recover it. Let’s take a look at some of the most common wage violations in the state of New York, as well as how to calculate your unpaid wages and how to pursue a wage claim successfully.

According to the Fair Labor Standards Act (FLSA), the definition of employment means to suffer or permit to work. Unpaid overtime (or off-the-clock work) is when employers fail to account for time worked by an employee when they’re not scheduled for their regular work shift. Employees in New York (as well as anywhere else in the U.S.) are required to pay overtime (calculated at 150% or one-and-one-half times a worker’s regular hourly rate). However, only non-exempt employees are eligible to receive overtime pay.

If you weren’t paid for your overtime, you are eligible to collect 50% of your regular rate of pay per hour. For example, if you worked 60 hours during the week, but only received your regular hourly rate of $10 per hour (for a total of $600), the last 20 of your work hours should’ve been paid at a rate of $15 per hour (overtime rate). In that case, you are eligible to receive the difference of $5 per hour for 20 hours – a total of $100 extra per week.

Breaks that are no longer than 20 minutes typically count as hours worked. Employers should outline the exact amount of time that employees have for a break. To be considered an actual break, employees have to be completely free from their job duties. If they are not, then the time taken and work performed would be counted as hours worked. For example, nurses are notoriously uncompensated for their work performed during break time.

The state of New York requires employers to provide meal breaks to their employees at specific times throughout a workday. For lunch, those who work more than 6 hours must receive a lunch break (30 minutes) between 11 AM and 2 PM. For shifts that begin before 11 AM and continue past 7 PM, you must receive an additional meal period (20 minutes) for dinner (between 5 PM and 7 PM). And for late shifts that start between 1 PM and 6 AM and last more than 6 hours, workers must get a 45-minute break during the middle of the shift. If you’re fully relieved of all work duties, the meal period is unpaid. However, if you are required to work, you must be paid for your time (even if you had to wait for a delivery or a phone call).

To calculate your unpaid wages, you should add up any breaks of 20 minutes (or less) and meal periods that you were required to work through.

Employees who haven’t received the money they are due for the work completed can choose to file an unpaid wage claim and sue their employees. The FLSA is enforced by the U.S. Department of Labor’s Wage-Hour Division. As for state laws, they may provide the basis for other types of claims. For instance, some states require paid lunches or breaks, so workers who don’t receive this time have a state unpaid wage claim. Also, some states may have laws that require employers to pay for paid time off or vacation time unused (when the employment relationship ends), but some states don’t accept these types of claims through an unpaid wage claim.

The first attempt to recover your unpaid wages should be made internally by discussing the problem with management or addressing it with the payroll department. In case that doesn’t help, you should consult with an employment lawyer whether to pursue a private cause of action or state agency claim. It is important to consult with an attorney to know which one of the strategies makes sense (based on your situation). Also, your unpaid wages lawyer will tell you if it makes financial sense to have legal representation. Suppose your employer’s wage policies affect other employees. In that case, an attorney might suggest bringing all the claims together (class action) and use the same attorney to vindicate your rights.

Such claims are handled by New York’s Department of Labor office. First, you will file a form based on your particular circumstances. You will be required to provide your personal information, along with information about your work history and employer. To substantiate the claim, employees usually must submit some type of evidence that may include a notice of communication, dishonored checks, time records, and check stubs. According to employment laws, employers cannot discriminate against or fire an employee who files a claim against them for enforcement of the FLSA. Employees usually have up to 2 years from the date of the violation to file an unpaid wage claim under federal law.

When the New York state agency investigates your case and concludes that your employer has intentionally violated the FLSA, he or she may be prosecuted and fined up to $10,000 (with a subsequent conviction that can result in their imprisonment). The payment of the wages owed may be supervised by the Wage-Hour Division, which may also pursue a court injunction to prevent the employer from taking specific action. The employer may also be subject to liquidated damages.

The majority of unpaid wage claims filed through a state agency gets settled outside court.

3. Private cause of action

If you decide not to pursue your claim through a state agency, you can hire an employment lawyer to pursue a private cause of action. Unpaid wage attorneys are knowledgeable and experienced professionals who deal with unpaid wage cases, and they are able to provide advice on whether it’s worth pursuing a case. If there are advantages to suing for unpaid wages (such as a faster resolution or higher rewards), your attorney will advise you on the best move to make.

When employers retaliate against workers who claim they weren’t paid, in violation of New York or federal law, wage dispute retaliation claims may arise. The FLSA provides employees with statutory causes of action for employer retaliation and termination that may arise out of wage and hour disputes with the employers.

How Long Can You Wait before Filing a Lawsuit?

Most employees are protected by state wage laws, federal wage laws, or both. If you think that your employer has committed wage and hour violations (e.g., failing to pay you minimum wages and overtime), you can recover your unpaid wages by filing a lawsuit. However, the amount of time you have to file is limited, and that time limit is called the statute of limitations.

Most states have their own wage and hour laws with their own statute of limitations. In New York, the statute of limitations for filing a wage lawsuit is 6 years (3 years more than federal law provides). Employment attorneys can help you file unpaid wage lawsuits or claims before any applicable deadline, to ensure that both your state and federal law claims are preserved.

Under the FLSA, employees must file a lawsuit or claim within 2 years of the date of the violation. In case your wage violation is ongoing, you’ll be allowed to recover unpaid wages only for the 2 years prior to filing your lawsuit or claim. If your employer willfully violated the FLSA, the statute of limitations is extended to 3 years.

If you eventually decide to take the matter to court, you should know that filing in court is a more complicated process. If your claim is not straightforward and small, then you should consider hiring an employment lawyer and consult with him or her before filing anything. Your wage and overtime lawyer will advise you and help you determine whether you have a case worth pursuing.

When your employer fails to issue wages or proper payment for tips or overtime, you have the right to file a lawsuit. However, you must do that in accordance with the statute of limitations. Cilenti & Cooper has an experienced team of labor law attorneys that can help you pursue a case against your employer and fight for your rights. To see if you are still eligible to sue for unpaid wages, feel free to contact Cilenti & Cooper today.